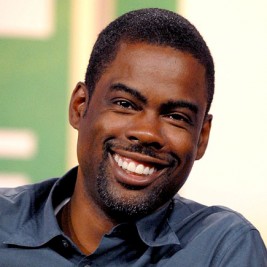 Businesses, Non-profit organizations, event planners and companies across the country have worked closely with our booking agents to hire Chris Rock for a speaking engagements, guest appearances, product endorsements and corporate events. Many of those same clients have continued to turn to our speakers bureau as we can easily align Chris Rock’s availability with their upcoming seminar, gala, annual conference, corporate function, and grand opening. Our close relationship with Chris Rock’s booking agent and management team further enables us to provide inquiring clients with Chris Rock’s speaking fee and appearance cost.

If your goal is to hire Chris Rock to be your next keynote speaker or to be the next brand ambassador our celebrity speakers bureau can assist. If Chris Rock’s booking fee is outside your companies budget or your unable to align with his appearance availability, our booking agents can provide you a list of talent that aligns with your event theme, budget and event date.

Chris Rock is a vibrant, toothpick-thin comedian, actor and writer whose stand-up material dares to take on the African-American establishment.

Rock started out by performing in comedy clubs as a teenager and was taken under the wings of such comics as Sam Kinison and Eddie Murphy. By 1987, he made his 1st TV appearance on the HBO special "Uptown Comedy Express".

Rock's film career consists of many roles from cameos to starring roles. Rock's reputation earned him one of Hollywood's most coveted--and risky--gigs in 2005 when he was tapped to host the 77th Annual Academy Awards.