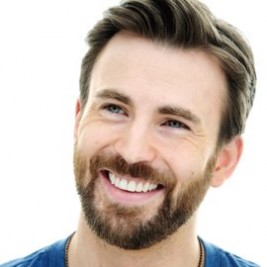 Businesses, Non-profit organizations, event planners and companies across the country have worked closely with our booking agents to hire Chris Evans for a speaking engagements, guest appearances, product endorsements and corporate events. Many of those same clients have continued to turn to our speakers bureau as we can easily align Chris Evans’s availability with their upcoming seminar, gala, annual conference, corporate function, and grand opening. Our close relationship with Chris Evans’s booking agent and management team further enables us to provide inquiring clients with Chris Evans’s speaking fee and appearance cost.

If your goal is to hire Chris Evans to be your next keynote speaker or to be the next brand ambassador our celebrity speakers bureau can assist. If Chris Evans’s booking fee is outside your companies budget or your unable to align with his appearance availability, our booking agents can provide you a list of talent that aligns with your event theme, budget and event date.

Raised in Boston, Chris Evans took up performing in high school and after graduation went to New York where he started training at The Lee Strasberg Theatre Institute. His work in regional theater in such Shakespeare plays as “A Midsummer Night's Dream” and “Two Gentlemen of Verona” became a solid base of experience. I n 2000, he made the leap from stage to screen starting with guest spots on such television series as “Boston Public,” “The Fugitive” and a regular gig playing Cary Baston in “Opposite Sex.” The following year, Evans made his first feature film debut with a co-starring role in “Not Another Teen Movie.” Since then, he’s stared in “The Perfect Score” alongside reoccurring co-star Scarlett Johansson, “Saved” with Mandy Moore and Macaulay Culkin; and the thriller “Cellular,” in which he plays a young man who gets a cell phone call from a kidnapped woman (Kim Basinger).

He has achieved another level of stardom playing Human Torch/Johnny Storm in the “Fantastic Four” film series, then starred as the title character in “Captain America: The First Avenger” and it’s 2014 sequel . Other movie roles include starring opposite Dakota Fanning in “Push” and with Michael Cera in “Scott Pilgrim vs. the World” and Joss Whedon's blockbuster “The Avengers.”

He is a supporter of LGBT rights and practices Buddhism.