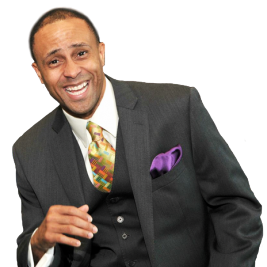 Businesses, Non-profit organizations, event planners and companies across the country have worked closely with our booking agents to hire Charles Smith for a speaking engagements, guest appearances, product endorsements and corporate events. Many of those same clients have continued to turn to our speakers bureau as we can easily align Charles Smith’s availability with their upcoming seminar, gala, annual conference, corporate function, and grand opening. Our close relationship with Charles Smith’s booking agent and management team further enables us to provide inquiring clients with Charles Smith’s speaking fee and appearance cost.

If your goal is to hire Charles Smith to be your next keynote speaker or to be the next brand ambassador our celebrity speakers bureau can assist. If Charles Smith’s booking fee is outside your companies budget or your unable to align with his appearance availability, our booking agents can provide you a list of talent that aligns with your event theme, budget and event date.

Charles “Choo” Smith is the only child born to Brenda and Charles H. Smith., Sr. He was born on November 30, 1970 and was raised in West Baltimore. He graduated from the historic City College High School in 1988. While he excelled at baseball, he soon realized his true love was for the game of basketball. Charles was the starting point guard for the varsity team and quickly rose to the rank of captain.

Charles caught the eye of a representative from the world-renowned Original Harlem Globetrotters and signed a contract to join the team. He moved to the top of the pyramid by becoming a high-profile member of the team until 2001 when he sustained what some thought would be a career ending back injury. He soon recovered and began playing for the Harlem Wizards from 2001-2002 and then overseas in the Euro League with the Vienna Basket Hounds from 2002-2003. Charles has played in all 50 States and in 26 countries. He was recognized as one of the greatest dribblers in the world.

Choo has the ability to reach children and youth right where they are in life. His drive and determination will not allow him to ever leave any child where he found them. His motives and heart are pure from the sense that he wants nothing from the children and families he helps but to position them to be successful. The integrity that he exhibits magnifies itself in everything that he’s involved with. Choo does not compromise his ethics and faith in Christ for any reason. He has a heart of gold. No matter what time of the day, if a child needs to talk to him about anything, he always makes himself available. He is soft spoken, but when he speaks he commands the attention of the audience he is speaking to. Failure is never an option. He pushes the athletes he trains to reach their full potential. He gives of his time, money and whatever is needed of him freely.

Choo has been featured on local and national television networks like Fox News, NBC, ABC and Cornerstone Television. Choo has appeared on television shows like Good Fellas of Baltimore, a Fox reality show, and the new ABC Reality show Ball Boys. As a humanitarian, Charles “Choo” Smith has and continues to touch the lives of youth throughout Maryland and across the world.