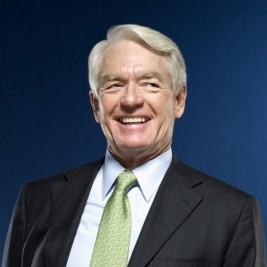 Businesses, Non-profit organizations, event planners and companies across the country have worked closely with our booking agents to hire Charles Schwab for a speaking engagements, guest appearances, product endorsements and corporate events. Many of those same clients have continued to turn to our speakers bureau as we can easily align Charles Schwab’s availability with their upcoming seminar, gala, annual conference, corporate function, and grand opening. Our close relationship with Charles Schwab’s booking agent and management team further enables us to provide inquiring clients with Charles Schwab’s speaking fee and appearance cost.

If your goal is to hire Charles Schwab to be your next keynote speaker or to be the next brand ambassador our celebrity speakers bureau can assist. If Charles Schwab’s booking fee is outside your companies budget or your unable to align with his appearance availability, our booking agents can provide you a list of talent that aligns with your event theme, budget and event date.

Charles R. Schwab started his San Francisco-based firm in 1971 as a traditional brokerage company and in 1974 became a pioneer in the discount brokerage business.

Mr. Schwab took an early lead, offering a combination of low prices with fast, efficient order executions, and soon became the nation's largest discount broker. Today, the company is one of the nation's leading financial services firms with approximately $1.2 trillion in client assets. Schwab provides a full-service investing experience to clients through domestic offices, the Internet, and multilingual and international offices.

In addition to his professional commitments, Mr. Schwab takes an active interest in a variety of volunteer and non-profit activities. Along with his wife Helen, he is the co-founder and chairman of the Charles and Helen Schwab Foundation, a nonprofit organization that focuses on helping children with learning disabilities nationwide and also focuses on supporting low income families through initiatives in poverty prevention, homelessness and substance abuse. Mr. Schwab also serves as chairman of the San Francisco Museum of Modern Art.

On January 22, 2008, President George W. Bush named Mr. Schwab chairman of the President's Advisory Council on Financial Literacy. The 16-member panel meets regularly to advise the President and the Secretary of the Treasury on ways to promote and enhance financial literacy among the American people.

He is the author of several books, including a completely revised and updated version of his 1998 work, Charles Schwab's Guide to Financial Independence. He is also the author of It Pays To Talk, written with his daughter, Carrie Schwab Pomerantz, and You're Fifty — Now What?

Mr. Schwab was born in Sacramento in 1937. He is a graduate of Stanford University, earning a Bachelor of Arts degree in economics in 1959 and a Master of Business Administration degree from Stanford Graduate School of Business in 1961.