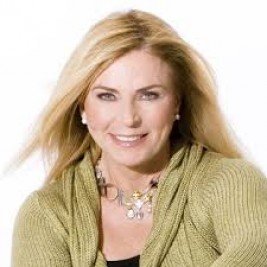 Businesses, Non-profit organizations, event planners and companies across the country have worked closely with our booking agents to hire Char Margolis for a speaking engagements, guest appearances, product endorsements and corporate events. Many of those same clients have continued to turn to our speakers bureau as we can easily align Char Margolis’s availability with their upcoming seminar, gala, annual conference, corporate function, and grand opening. Our close relationship with Char Margolis’s booking agent and management team further enables us to provide inquiring clients with Char Margolis’s speaking fee and appearance cost.

If your goal is to hire Char Margolis to be your next keynote speaker or to be the next brand ambassador our celebrity speakers bureau can assist. If Char Margolis’s booking fee is outside your companies budget or your unable to align with his appearance availability, our booking agents can provide you a list of talent that aligns with your event theme, budget and event date.

Char Margolis (born August 21, 1951) is an American psychic medium. She stars in her own show, Char, on Dutch television, in which she claims to utilize her intuition to contact the spirits of deceased relatives of guests in her show. Char has come under public scrutiny in the Netherlands after several media outlets suggested she was a fraud using several self-taught tricks, including cold reading, to perform her readings.

She was a volunteer for the Easter Seal Society in Michigan and while fundraising she was asked to be on a radio show as a psychic. She then was a regular on local TV in Michigan and in the 1980s was discovered by Regis Philbin, who at the time was hosting A.M.L.A., Char became a regular guest on the show. An appearance on Live with Regis in 2001 gave her national acclaim when she predicted Kelly Ripas pregnancy (on live TV) when Kelly was auditioning for the host position. A stunned Ripa had to acknowledge the accuracy of this prediction by Char and in her own words, I havent even told my bosses yet!