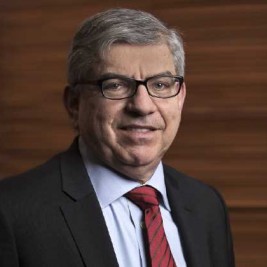 Businesses, Non-profit organizations, event planners and companies across the country have worked closely with our booking agents to hire Cesar Gaviria for a speaking engagements, guest appearances, product endorsements and corporate events. Many of those same clients have continued to turn to our speakers bureau as we can easily align Cesar Gaviria’s availability with their upcoming seminar, gala, annual conference, corporate function, and grand opening. Our close relationship with Cesar Gaviria’s booking agent and management team further enables us to provide inquiring clients with Cesar Gaviria’s speaking fee and appearance cost.

If your goal is to hire Cesar Gaviria to be your next keynote speaker or to be the next brand ambassador our celebrity speakers bureau can assist. If Cesar Gaviria’s booking fee is outside your companies budget or your unable to align with his appearance availability, our booking agents can provide you a list of talent that aligns with your event theme, budget and event date.

Cesar Gaviria Trujillo was born March 31, 1947 and is a Colombian politician and a Latin American statesman. He served as President of Colombia from 1990 to 1994, and Secretary General of the Organization of American States from 1994 until 2004.

In 1990 he was elected President of Colombia for the Liberal Party. During his government a new constitution was adopted in 1991. As president, Gaviria also led the fight against the Cali drugs cartel and various guerrilla factions.

Under his presidency, the prison La Catedral was built under Pablo Escobars specifications and Pablo Escobar was imprisoned there, where Escobar continued to control his drug empire, judging and killing inside the prison several crime partners. On July 20, 1992, Pablo Escobar fled the prison after learning that he was going to be moved to a different prison. On December 2, 1993, the notorious drug lord was gunned down by Colombian police, a triumph for the Gaviria administration.