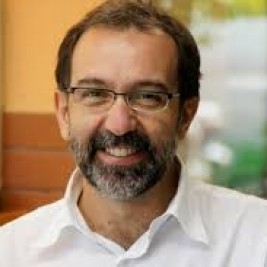 Businesses, Non-profit organizations, event planners and companies across the country have worked closely with our booking agents to hire Celso Grecco for a speaking engagements, guest appearances, product endorsements and corporate events. Many of those same clients have continued to turn to our speakers bureau as we can easily align Celso Grecco’s availability with their upcoming seminar, gala, annual conference, corporate function, and grand opening. Our close relationship with Celso Grecco’s booking agent and management team further enables us to provide inquiring clients with Celso Grecco’s speaking fee and appearance cost.

If your goal is to hire Celso Grecco to be your next keynote speaker or to be the next brand ambassador our celebrity speakers bureau can assist. If Celso Grecco’s booking fee is outside your companies budget or your unable to align with his appearance availability, our booking agents can provide you a list of talent that aligns with your event theme, budget and event date.

Celso Grecco is the founder and president of Attitude Social Marketing, one of the first agencies in Brazil dedicated to building "social platforms" for corporations and helping civil society organizations build strategy and communication plans.

Mr. Grecco also created in 2003 the Social Stock Exchange (SSE) within Bovespa, Brazil's stock exchange. The SSE was recognized by UNESCO as unique, adopted by the United Nations Global Compact Office as a case study, and replicated in South Africa in 2006. The SSE is a model recommended by the UN to other stock exchanges in the world. Mr. Grecco's next enterprise is the Financial Forum for Social Investments and will be organized under the umbrella of the Instituto de Valores Socioambientais (Social and Environmental Institute) of which he is founder and President.

Mr. Grecco also founded and led Aldeia do Futuro, a non-governmental organization recognized as one of the best social technologies in São Paulo. He is also a board member of several civil society organizations in Brazil. In 1989, after two years spent working in the United Kingdom, he launched his own advertizing agency Mr. Grecco began his career in advertizing in 1984, launching the public relation department of one of the largest advertising agencies in Brazil to launch its public relations department.

Mr. Grecco was elected an Ashoka Fellow in 2006 and co-authored the book Financing the Future - Innovative Funding Mechanisms at Work, published in 2007 in Berlin by the Global Exchange for Social Investment. Mr. Grecco has a degree in communications and marketing and started his career as a journalist in 1982.