Search Catherine Clinton
Author specializing in the history of the South 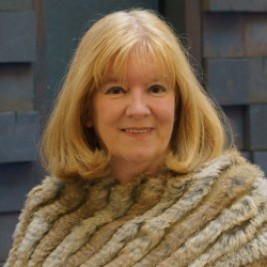 If your goal is to hire Catherine Clinton to be your next keynote speaker or to be the next brand ambassador our celebrity speakers bureau can assist. If Catherine Clinton’s booking fee is outside your companies budget or your unable to align with his appearance availability, our booking agents can provide you a list of talent that aligns with your event theme, budget and event date.

Catherine Clinton was born in Seattle on April 5, 1952. She was raised in Kansas City, Missouri from the age of two and attended the Sunset Hill School for Girls (now Pembroke Hill School), graduating in 1969. She graduated from Harvard University (Lowell House) with a joint degree in Sociology and Afro-American Studies in 1973. Her senior honors thesis was on the role of the plantation mistress in the Old South. She won the Isobel Briggs Traveling Fellowship from Radcliffe College and went to England.

She received her M.A. in American Studies from the University of Sussex in 1974, completing her thesis on Fanny Kemble. After a detour as an instructor at the University of Benghazi in the Libyan Arab Republic, she returned to the United States to attend Princeton University. She entered the Ph.D. program in history at Princeton University in 1975 and left to take a job at Union College in 1979. She received her doctorate in history from Princeton in 1980, completing her dissertation on the role of the plantation mistress from 1780-1835 under the direction of James M. McPherson.

In 1982 she married New York City architect Daniel Lee Colbert. In 1983 she left Union College to take a job in the history department at Harvard University, the same year that she published her first book: The Plantation Mistress: Womans World in the Old South. She and her husband moved to Winchester, Massachusetts. In 1984 her first child, Drew Colbert was born in Boston. The same year her second book, The Other Civil War: American Women in the Nineteenth Century, appeared. In 1988 she left the history department at Harvard to teach in the Department of American Studies at Brandeis University. During this period, she became interested in childrens education and became a consultant and writer for secondary school social studies texts. In 1989 her second son, Ned Colbert, was born in Boston. In 1990 she returned Harvard to teach in the Department of Afro-American Studies. She and her family moved to Greenwich, Ct. in 1991. In the fall of 1993, she left Harvard to teach African-American literature in the Department of English at Brown University.

In 1994 she decided to concentrate on writing full time to give her the flexibility to spend more time with her young children. She has written, edited, co-authored or co-edited over twenty books to date. In 1993 she became interested in screenwriting and sold several historical projects for television, although none, to date, have been produced. She has written for the History Channel, consulted on projects for WGBH, and is a member of the Screen Writers Guild. She also became involved in writing childrens books, and has concentrated on non-fiction books for young readers. In the fall of 1997 she held the Douglas Southall Freeman Visiting Chair of History at the University of Richmond, and then in the fall of 1998 was the Lewis Jones Visiting Chair of History at Wofford College, in Spartanburg, South Carolina. From the fall of 1999 until May 2001 she held the Weissman Visiting Chair of History at Baruch College, City University of New York. In 2001-2002 she held the Mark Clark Chair of History at the Citadel, in Charleston, South Carolina. In 2003-2004, she was a visiting professor at Wesleyan University in Middletown, CT.

After she published her biography Harriet Tubman: The Road to Freedom in 2004 to much acclaim, she accepted a permanent chair in U.S. history at Queens University in Belfast, Northern Ireland where she continues to live and teach.