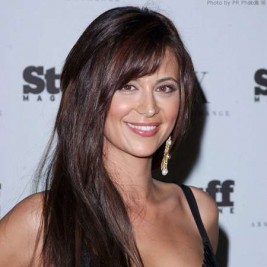 Businesses, Non-profit organizations, event planners and companies across the country have worked closely with our booking agents to hire Catherine Bell for a speaking engagements, guest appearances, product endorsements and corporate events. Many of those same clients have continued to turn to our speakers bureau as we can easily align Catherine Bell’s availability with their upcoming seminar, gala, annual conference, corporate function, and grand opening. Our close relationship with Catherine Bell’s booking agent and management team further enables us to provide inquiring clients with Catherine Bell’s speaking fee and appearance cost.

If your goal is to hire Catherine Bell to be your next keynote speaker or to be the next brand ambassador our celebrity speakers bureau can assist. If Catherine Bell’s booking fee is outside your companies budget or your unable to align with his appearance availability, our booking agents can provide you a list of talent that aligns with your event theme, budget and event date.

Catherine Bell is an actress, author, conservationist and humanitarian.

She was born in London, England. She attended UCLA and studied biology as she originally wanted to become a doctor. Bell began to do some modeling, and one of her first jobs was in Japan on an extended assignment. Upon returning to California, she began to study acting at the Beverly Hills Playhouse with Milton Katselas and didn't return to school.

Bell also worked as a freelance masseuse, working for some well-known clients like Peter Gabriel.

She landed her first television role in 1990 on the sitcom "Sugar and Spice," speaking one line.

Six years later, Bell won the role of Lieutenant Colonel Sarah MacKenzie on the television series "JAG." She continued to play this character until 2005.

Bell stars in the Lifetime series as Denise Sherwood on "Army Wives."

In addition to her acting, Bell has also written a book on societal and religious rituals and works closely with numerous charitable foundations.