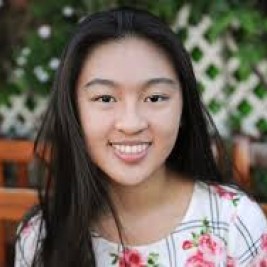 Businesses, Non-profit organizations, event planners and companies across the country have worked closely with our booking agents to hire Cassandra Lin for a speaking engagements, guest appearances, product endorsements and corporate events. Many of those same clients have continued to turn to our speakers bureau as we can easily align Cassandra Lin ’s availability with their upcoming seminar, gala, annual conference, corporate function, and grand opening. Our close relationship with Cassandra Lin ’s booking agent and management team further enables us to provide inquiring clients with Cassandra Lin ’s speaking fee and appearance cost.

If your goal is to hire Cassandra Lin to be your next keynote speaker or to be the next brand ambassador our celebrity speakers bureau can assist. If Cassandra Lin ’s booking fee is outside your companies budget or your unable to align with his appearance availability, our booking agents can provide you a list of talent that aligns with your event theme, budget and event date.

Twelve-year old Cassandra Lin admires “the unexpected hero.” She loves the YouTube story about a young boy from Malawi who created windmills out of bicycle parts to generate electricity for his village.

“I think that was great,” Cassandra says. “Even though he never finished school, he built windmills. He learned on his own. Nobody expected a Malawian kid to generate electricity.”

And nobody expected a kid from Westerly, RI, to create an award-winning recycling program that generates fuel for the needy in her community. But that’s exactly what this sparkly, no-nonsense seventh grader has done.

To Cassandra, it’s all no big deal. It’s what she does with her friends after school.

The recycling program, called Project T.G.I.F. (Turn Grease into Fuel), encourages residents to bring their used cooking oil to the town transfer station to be recycled. There, a contractor picks it up, along with other grease from local restaurants that also donate oil to the program. A biodiesel company then processes it into biodiesel fuel. All of the team’s proceeds are donated to help heat the homes of needy people in Westerly. To make it work, Cassandra and a team of classmates educated themselves about the biodiesel refining process, made their own biodiesel by mixing cooking oil with methanol and lye with proper protection (“It was very safe, don’t worry,” she notes reassuringly), won two separate youth seed grants and convinced an array of community leaders to come on board with the project.

T.G.I.F. is an outgrowth of the Westerly Innovations Network (WIN), a student community service organization started by her father, Jason Lin, in 2002. And Cassandra is quick to credit her older brother, Alex, as a mentor in the project. Alex is a senior member of WIN and serves as the assistant coach to the group’s junior team. Like his sister, he has earned numerous accolades for his own service initiatives.

Cassandra explains, very carefully, how Alex motivates her: “I don’t want to just follow in my brother’s footsteps, but put my footsteps over his. I don’t want people to say, ‘Oh, you’re Alex’s sister.’ I want to make an impact. I want to be better than him, but in a different way.”

As it turns out, a little sibling rivalry has been good for Westerly.

The genesis of the T.G.I.F. project is a case study in creative pragmatism, as Cassandra explains it: “We looked at an array of problems to see what we could solve in our own community.” A few important strands came together: she learned about turning cooking oil into biodiesel when she attended the Rhode Island Green Expo in 2008; she knew her local community had a non-sustainable program to provide emergency heating for the needy; and, she heard that local restaurants and residents were pouring fats, oils and grease (FOG) down their drains and clogging up town sewage pipes.