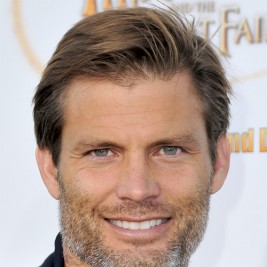 If your goal is to hire Casper Van Dien to be your next keynote speaker or to be the next brand ambassador our celebrity speakers bureau can assist. If Casper Van Dien’s booking fee is outside your companies budget or your unable to align with his appearance availability, our booking agents can provide you a list of talent that aligns with your event theme, budget and event date.

Casper Van Dien was born and grew up in Milton, Florida, the son of Diane (née Morrow), a nursery school teacher, and Casper Robert Van Dien, Sr., a U.S. Navy Commander and fighter pilot. There is a long military tradition in Van Dien's family. Aside from his father, his grandfather was a Marine during World War II.

Van Dien starred in the 1997 James Dean biopic "James Dean: Race with Destiny." Soon after, he got the breakthrough role of Johnny Rico in Paul Verhoeven's 1997 science fiction action film "Starship Troopers." This directly led to his being cast as Tarzan in "Tarzan and the Lost City." Van Dien next played Brom von Brunt in Tim Burton's 1999 film "Sleepy Hollow," a reworking of the classic Washington Irving tale.