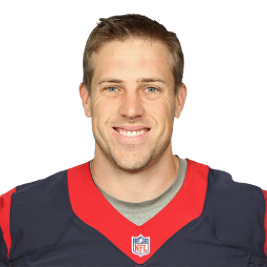 Businesses, Non-profit organizations, event planners and companies across the country have worked closely with our booking agents to hire Case Keenum for a speaking engagements, guest appearances, product endorsements and corporate events. Many of those same clients have continued to turn to our speakers bureau as we can easily align Case Keenum’s availability with their upcoming seminar, gala, annual conference, corporate function, and grand opening. Our close relationship with Case Keenum’s booking agent and management team further enables us to provide inquiring clients with Case Keenum’s speaking fee and appearance cost.

If your goal is to hire Case Keenum to be your next keynote speaker or to be the next brand ambassador our celebrity speakers bureau can assist. If Case Keenum’s booking fee is outside your companies budget or your unable to align with his appearance availability, our booking agents can provide you a list of talent that aligns with your event theme, budget and event date.

Case Keenum is an American football quarterback for the St. Louis Rams of the National Football League. He was signed by the Houston Texans as an undrafted free agent in 2012. He played college football at Houston, where he became the NCAA's all-time leader in total passing yards, touchdowns, and completions.

In the 2008 college football season, Keenum ranked first nationally in total offense and second in total passing yards. As a result of his on-field contributions to Houston's success, Keenum was named to several All-American lists. He is the only quarterback in Division I FBS football history to have passed for more than 5,000 yards in each of three seasons. On October 22, 2011, Keenum became the Football Bowl Subdivision's all-time leader in total offense. On October 27, 2011, Keenum became the all-time leader in total touchdown passes by an FBS quarterback. During that game he threw for nine touchdowns and 534 yards.

Keenum threw for 1760 yards and 9 touchdowns in the 8 games he started for the Texans, before being waived on August 31, 2014. Keenum was picked up by the St Louis Rams the next day and was on their practice squad. He re-signed with the Houston Texans on December 15, 2014 after their starting and backup quarterbacks were injured. On March 10, 2015, the Rams traded a draft pick to the Texans for Keenum.