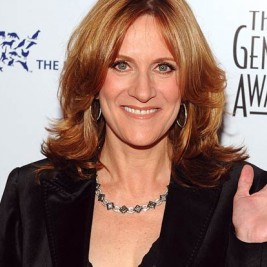 Businesses, Non-profit organizations, event planners and companies across the country have worked closely with our booking agents to hire Carol Leifer for a speaking engagements, guest appearances, product endorsements and corporate events. Many of those same clients have continued to turn to our speakers bureau as we can easily align Carol Leifer’s availability with their upcoming seminar, gala, annual conference, corporate function, and grand opening. Our close relationship with Carol Leifer’s booking agent and management team further enables us to provide inquiring clients with Carol Leifer’s speaking fee and appearance cost.

If your goal is to hire Carol Leifer to be your next keynote speaker or to be the next brand ambassador our celebrity speakers bureau can assist. If Carol Leifer’s booking fee is outside your companies budget or your unable to align with his appearance availability, our booking agents can provide you a list of talent that aligns with your event theme, budget and event date.

Carol Leifer is an internationally acclaimed comic, comedy writer and producer. A native of Long Island, New York, she began her career as a stand-up comedian performing in some of Manhattan's best-known comedy clubs.

Some of Leifer's most famous works are writing for "Seinfeld,"  serving as a writer and supervising producer on "The Larry Sanders Show," Co-Executive Producer of the ABC sitcom "It's Like You Know."  She has had 25 appearances on "Late Night with David Letterman."  As a fixture on the stand-up comedy circuit, Carol has also been a frequent guest on numerous television shows including: "Dr. Katz, Professional Therapist," Politically Incorrect," "Late Night with Conan O'Brien" and "The Late Late Show with Tom Snyder."

Two of  Leifer's career dreams came true when she appeared with Johnny Carson on "The Tonight Show" and was the opening act for Frank Sinatra at Bally's in Las Vegas.