Search Carl Pope
Senior Adviser to UN Envoy for Cities and Climate; Former CEO and Chairman of the Sierra Club 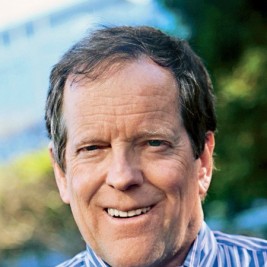 Businesses, Non-profit organizations, event planners and companies across the country have worked closely with our booking agents to hire Carl Pope for a speaking engagements, guest appearances, product endorsements and corporate events. Many of those same clients have continued to turn to our speakers bureau as we can easily align Carl Pope’s availability with their upcoming seminar, gala, annual conference, corporate function, and grand opening. Our close relationship with Carl Pope’s booking agent and management team further enables us to provide inquiring clients with Carl Pope’s speaking fee and appearance cost.

If your goal is to hire Carl Pope to be your next keynote speaker or to be the next brand ambassador our celebrity speakers bureau can assist. If Carl Pope’s booking fee is outside your companies budget or your unable to align with his appearance availability, our booking agents can provide you a list of talent that aligns with your event theme, budget and event date.

Carl Pope is the former Executive Director of the Sierra Club, an American environmental organization founded by conservationist John Muir in 1892. Pope was appointed to his position as Executive Director in 1992, and served until January 20, 2010, when he was succeeded by Michael Brune. Pope then served as chairman of the Sierra Club until stepping down from that position in November 2011.

Pope had worked with the Sierra Club for more than 30 years, and has served as a board member for other organizations, including the National Clean Air Coalition, California Common Cause, and Public Interest Economics Inc. He has served as Political Director for Zero Population Growth. He was a Peace Corps volunteer in India from 1967 to 1969.

Pope is a regular contributor to the Huffington Post, a progressive website founded by Arianna Huffington.
In 2004 he published a book with Paul Rauber called Strategic Ignorance: Why the Bush Administration Is Recklessly Destroying a Century of Environmental Progress.

On June 7, 2006, in Washington, D.C., Carl Pope, along with labor leader Leo Gerard, announced the formation of the United Steelworkers and Sierra Clubs BlueGreen Alliance, after five years of negotiations between the two groups. The alliance focuses on interrelated issues that both organizations feel are important, including: a clean environment, better jobs, and a safer world.

In July 2008, Pope stated in a televised interview on the satirical news program The Colbert Report that he believed Bryce Canyon National Park may be bi-sexual.

In 2008, Pope expressed support for the Pickens Plan, an effort by T. Boone Pickens to reduce Americas dependence on foreign oil. Pickens, a billionaire oil investor, Republican, and financier of conservative causes, took Pope, via his $60 million private plane, to his ranch in west Texas, where Pickens and a group of investors plan to invest $12 billion in wind turbines.

In January 2009, Pope had announced his intention to step down from the post of Executive Director, effective upon the hiring of a successor.