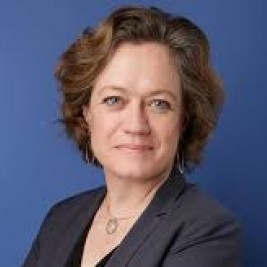 Businesses, Non-profit organizations, event planners and companies across the country have worked closely with our booking agents to hire Cara Mertes for a speaking engagements, guest appearances, product endorsements and corporate events. Many of those same clients have continued to turn to our speakers bureau as we can easily align Cara Mertes’s availability with their upcoming seminar, gala, annual conference, corporate function, and grand opening. Our close relationship with Cara Mertes’s booking agent and management team further enables us to provide inquiring clients with Cara Mertes’s speaking fee and appearance cost.

If your goal is to hire Cara Mertes to be your next keynote speaker or to be the next brand ambassador our celebrity speakers bureau can assist. If Cara Mertes’s booking fee is outside your companies budget or your unable to align with his appearance availability, our booking agents can provide you a list of talent that aligns with your event theme, budget and event date.

Cara Mertes joined Sundance Institute in late 2006 and currently oversees the Documentary Film Program and Fund, as well as planning and implementing a range of strategic partnerships for Sundance Institute. The Fund currently grants $1 million per year to contemporary issue independent documentaries globally, and the Program runs three Creative Labs and provides documentary planning at the Creative Producing Summit and the Sundance Film Festival, among other activities. In that time, Mertes has created new partnerships with the Open Society Institute, Skoll Foundation, the Gates Foundation, Good Pitch -- Channel Four/Britdoc Foundation, the Arab Fund for Art, and Culture and Cinereach.

Prior to her work at Sundance, Mertes was executive producer of P.O.V. from 1999-2006, where she was recognized with eight News and Documentary Emmy Awards, three George Foster Peabody awards, and two duPont-Columbia Awards. Three films she has executive produced have been nominated for Oscars, including Street Fight; My Country, My Country; and Nerakoon: Betrayal. She was the creator and executive producer of P.O.V.'s original online showcase P.O.V.'s "Borders," winning a Webby Award, Batten Journalism Award, On-Line Journalism, and Parent's Choice Award. She received her B.A. from Vassar College and completed her M.A. work at Hunter College. Born and raised in Kansas, she was a long-time New Yorker and now lives in Los Angeles with her husband and two children.