Search Cameron Munter
US Ambassador to Pakistan (2010-2012) and Serbia (2007-2009); Academic and Tactical Expert in Domestic and Foreign Affairs 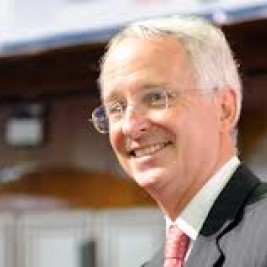 Businesses, Non-profit organizations, event planners and companies across the country have worked closely with our booking agents to hire Cameron Munter for a speaking engagements, guest appearances, product endorsements and corporate events. Many of those same clients have continued to turn to our speakers bureau as we can easily align Cameron Munter’s availability with their upcoming seminar, gala, annual conference, corporate function, and grand opening. Our close relationship with Cameron Munter’s booking agent and management team further enables us to provide inquiring clients with Cameron Munter’s speaking fee and appearance cost.

If your goal is to hire Cameron Munter to be your next keynote speaker or to be the next brand ambassador our celebrity speakers bureau can assist. If Cameron Munter’s booking fee is outside your companies budget or your unable to align with his appearance availability, our booking agents can provide you a list of talent that aligns with your event theme, budget and event date.

Cameron Munter was Americas Ambassador to Pakistan until July 2012. He guided U.S.-Pakistani relations through a period of severe crisis (including the operation against Osama bin Laden in Abbottabad) while leading a 2,500-employee embassy. He previously served as Deputy Chief of Mission in Baghdad, overseeing U.S. civilian and military cooperation in planning the drawdown of U.S. troops. On a previous tour, he established the first-ever provincial reconstruction team in Iraq in the city of Mosul. Today he serves as Professor of International Relations at Pomona College in Claremont, California, and a non-resident Fellow at the Kennedy School of Government at Harvard University.

Ambassador Munters past positions include U.S. Ambassador to Serbia, where he negotiated Serbian domestic consensus for European integration while managing the Kosovo independence crisis; and Deputy Chief of Mission at the U.S. Embassies in the Czech Republic and Poland, where he managed the American contribution to those countries integration into Western civilian and military institutions. He was also a Director at the National Security Council under Presidents Clinton and Bush, Executive Assistant to the Counselor of the State Department, and Chief of Staff of the NATO Enlargement Ratification Office at the State Department, in addition to serving other diplomatic assignments in Washington and overseas.

Before joining the Foreign Service, Ambassador Munter taught European history at the University of California in Los Angeles and directed European studies at the Twentieth Century Fund (now The Century Foundation) in New York.

Ambassador Munter received an honorary doctoral degree from Pomona College in Claremont, California, in 2012. He earned four Superior Honor Awards and seven Senior Performance Pay Awards from the Department of State. He advised the Diplomatic Academy in Vienna in 1991 and was Dean Rusk Fellow at the Institute for the Study of Diplomacy at Georgetown University in Washington in 1990.

His interests include jazz piano (he opened the Belgrade Jazz Festival in 2008), as well as fine wine and good conversation. A former long-distance runner, he retains his interest in sports and outdoor activity, including hiking and cross-country skiing.