Search Calvin Tran
Calvin Tran launched his eponymous fashion line in 2000 with the opening of his flagship boutique. 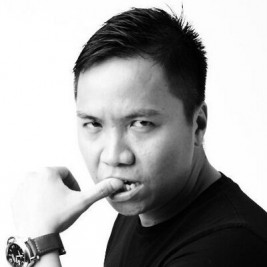 Businesses, Non-profit organizations, event planners and companies across the country have worked closely with our booking agents to hire Calvin Tran for a speaking engagements, guest appearances, product endorsements and corporate events. Many of those same clients have continued to turn to our speakers bureau as we can easily align Calvin Tran’s availability with their upcoming seminar, gala, annual conference, corporate function, and grand opening. Our close relationship with Calvin Tran’s booking agent and management team further enables us to provide inquiring clients with Calvin Tran’s speaking fee and appearance cost.

If your goal is to hire Calvin Tran to be your next keynote speaker or to be the next brand ambassador our celebrity speakers bureau can assist. If Calvin Tran’s booking fee is outside your companies budget or your unable to align with his appearance availability, our booking agents can provide you a list of talent that aligns with your event theme, budget and event date.

Calvin Tran launched his eponymous fashion line in 2000 with the opening of his flagship boutique, Calvin Tran, in the SOHO neighborhood of New York City, and the release of his women's ready-wear collection. His nonconformist approach to style, as well as his avant-garde vision, has made him a trail blazer in the fashion landscape. Tran’s versatile designs are seductive yet refined, audacious though still feminine, and have redefined not only the way women wear clothes, but also how they exemplify modern femininity. Celebrated for his brilliant understanding of the female physique, his body-skimming, shape-shifting designs are a favorite of Hollywood starlets such as Drew Barrymore, Cameron Diaz, Brooke Shields, Gina Gershon and Sandra Oh.

A native of Vietnam and educated in design at the School of Art and Design in Champagne Urbana, Illinois, Tran credits the evolution of his fashion consciousness to his time as a young designer living in New York City. He spent those early years absorbing the kaleidoscope of colors, textures and cultures of the bustling city while apprenticing for fashion luminary Carolina Herrera.

After his time at Carolina Herrera, Tran was the Creative Director at Zabari, New York. At Zabari, he led a design team to produce Zabari’s classic clean key wardrobe pieces showcasing leather materials. Following Zabari, Tran went on to design for the men's label, K-oss until he launched his own line in 2001.

Tran's designs have been featured in publications such as The New York Times, Women's Wear Daily, Lucky, Cosmopolitan, Chicago Social, The Men's Book, The San Francisco Chronicle and US Weekly. In addition to regional and national publications, Tran has been featured on ABC’s Best of Chicago and Asian Influence in Chicago. In 2004, Calvin was awarded the Style Breaker award by the Fashion International Group.