Search Bryshere Gray
Actor Known for his Role in "Empire" 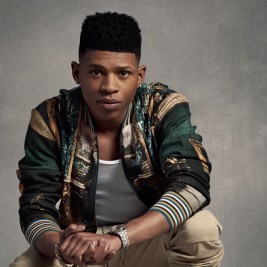 Businesses, Non-profit organizations, event planners and companies across the country have worked closely with our booking agents to hire Bryshere Gray for a speaking engagements, guest appearances, product endorsements and corporate events. Many of those same clients have continued to turn to our speakers bureau as we can easily align Bryshere Gray’s availability with their upcoming seminar, gala, annual conference, corporate function, and grand opening. Our close relationship with Bryshere Gray’s booking agent and management team further enables us to provide inquiring clients with Bryshere Gray’s speaking fee and appearance cost.

If your goal is to hire Bryshere Gray to be your next keynote speaker or to be the next brand ambassador our celebrity speakers bureau can assist. If Bryshere Gray’s booking fee is outside your companies budget or your unable to align with his appearance availability, our booking agents can provide you a list of talent that aligns with your event theme, budget and event date.

Rapper and actor Bryshere Y. Gray started performing as a teenager. He took the stage name Yazz the Greatest and appeared at the Man in America Festival in 2013. The following year, Gray took the world by storm with his first acting role. He took on the part of Hakeem Lyon, the youngest son of music mogul Lucious Lyon, on the hit TV series Empire. In addition to acting, Gray has performed on the show as well. He has been signed to Columbia Records.

Born in 1993, Bryshere Y. Gray has risen to fame as Hakeem Lyon on the hit TV drama Empire. He and his sister were raised by a single mother in West Philadelphia. Gray played football at Overbrook High School, but he switched to music after getting injured when he was 16 years old.

As he told Vibe, Gray was working at Pizza Hut when he started out rapping. "I started rhyming and really fell in love with it." In fact, he used some of his Pizza Hut money to fund his first music video. Gray was eventually fired for writing songs on the job. Enthusiastic about his music, he began performing everywhere he could, including the streets, and eventually took the name Yazz the Greatest. As he explained to HipHopDX, "Yazz was something I created while trying to form a rap flow and it just turned into that. I didn't want something that sounded now, just something different."

Gray started to get noticed and landed some high-profile appearances. In 2013, Gray played Jay-Z's Made in America Festival and Power 99's Powerhouse concert. At one of his many performances, Gray was spotted by Charlie Mack, a friend of Will Smith and Jamie Foxx. Mack became his manager and helped him explore new opportunities.

A huge break came in his career at a time when he was really struggling. "I was broke and I was about to get evicted" when "I got this audition with Terrence and Taraji at the same time and it changed my life," he told E! Online. Gray, despite his total lack of acting experience, landed the part of Hakeem Lyon, a hip-hop performer and the youngest son of music mogul Lucious Lyon (Terrence Howard) and his ex-wife Cookie (Taraji Henson) on Empire. Trai Byers plays his brother Andre and Jussie Smollett plays his brother Jamal.

Gray put his talents as a performer to good use in his first acting role. He contributed several songs to the series soundtrack, including "Drip Drop" and "Power of the Empire." Released in March 2015, the Empire soundtrack hit the top of the album charts. His musical work on the show helped him land his own record deal with Columbia.