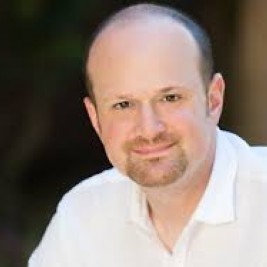 If your goal is to hire Bryan Volk-Weiss to be your next keynote speaker or to be the next brand ambassador our celebrity speakers bureau can assist. If Bryan Volk-Weiss’s booking fee is outside your companies budget or your unable to align with his appearance availability, our booking agents can provide you a list of talent that aligns with your event theme, budget and event date.

Brian Volk-Weiss (born May 28, 1976, in Queens, New York) is the President of Comedy Dynamics, running its production, development, management, and distribution departments. Dynamics is currently the largest producer and distributor of one-hour comedy specials in the United States (Kevin Hart, Aziz Ansari, Jim Gaffigan, Katt Williams, Craig Ferguson, Bill Burr, Dennis Miller, etc.) and has many TV shows (Join Or Die with Craig Ferguson, Coming To The Stage on hulu, Wild N Out on MTV) on the air, and pilots in production, including the scripted drama The Novice for USA Network. In November 2013, two albums he produced (Craig Ferguson and Bob Saget) were nominated for Grammy Awards. In 2016, three of the five Grammy comedy record nominations he produced; Louis CK, Craig Ferguson, and Lisa Lampanelli, of which Louie won.

Volk-Weiss has overseen the New Wave Entertainment-produced TV series StevieTV, which aired on VH1, as well as Comcast Bounce's Forever Jones, and Naked But Funny for FOX. Volk-Weiss also produced the movies Employee of the Month, Good Luck Chuck (starring Jessica Alba), and My Best Friend's Girl (2008) as well as produced five of Dane Cook's albums, two of which went double platinum and one went gold.

In the past he has produced The Next Best Thing for ABC, Vicious Circle and "Tourgasm" for HBO, U.S. of ANT for MTV, The Ron White Show for Comedy Central and Long Distance Relationship for Sony TV. In December 2009, Variety's Dealmakers That Are Up Next special profiled Volk-Weiss and nine other Hollywood executives.

In November 2012, Volk-Weiss was picked by Daily Variety as part of its Impact Report in the "Tube Titans" section that recognizes major contributors to comedic television production.