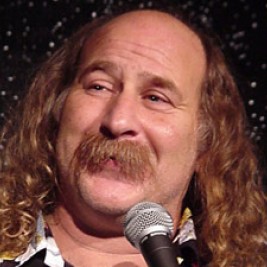 Businesses, Non-profit organizations, event planners and companies across the country have worked closely with our booking agents to hire Bruce Baum for a speaking engagements, guest appearances, product endorsements and corporate events. Many of those same clients have continued to turn to our speakers bureau as we can easily align Bruce Baum’s availability with their upcoming seminar, gala, annual conference, corporate function, and grand opening. Our close relationship with Bruce Baum’s booking agent and management team further enables us to provide inquiring clients with Bruce Baum’s speaking fee and appearance cost.

If your goal is to hire Bruce Baum to be your next keynote speaker or to be the next brand ambassador our celebrity speakers bureau can assist. If Bruce Baum’s booking fee is outside your companies budget or your unable to align with his appearance availability, our booking agents can provide you a list of talent that aligns with your event theme, budget and event date.

Bruce Baum has been performing as a comedian for over four decades. He attended   the UCLA prestigious film school and UC Davis where he received his bachelor of Arts in Political Science.

He can been seen on several episodes of the "Simpsons" where he plays himself. Baum has been described as a mixture of Daffy Duck and Benjamin Franklin.

Not long ago, Bruce completed his third season as a creative consultant on ABC-TV's popular show "Whose Line Is It Anyway?".  Previously, Bruce spent two years at Fox-TV  as a resident short filmmaker and sketch comedian on "Sunday Comics" and "Comic Strip Live." He was then drafted by "America's Funniest People" where he appeared for two years in live and videotaped shows.

Bruce headlines regularly in  Las Vegas and Atlantic City, and top venues around the globe. Through extensive exposure on television, film, radio, and live performances, he has built a solid national audience.