Search Broughton Coburn
Broughton Coburn graduated from Harvard College in 1973, then fulfilled a destiny with the Himalayas -- where he has worked two of the past three decades. 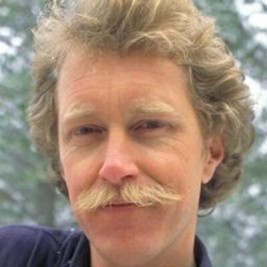 If your goal is to hire Broughton Coburn to be your next keynote speaker or to be the next brand ambassador our celebrity speakers bureau can assist. If Broughton Coburn’s booking fee is outside your companies budget or your unable to align with his appearance availability, our booking agents can provide you a list of talent that aligns with your event theme, budget and event date.

Broughton Coburn graduated from Harvard College in 1973, then fulfilled a destiny with the Himalayas -- where he has worked two of the past three decades. He developed documentary films and oversaw environmental conservation and development efforts for the World Bank, UNESCO, World Wildlife Fund, and other agencies. But hes known mainly as an author.

Two of Coburns books form the foundation for the Aamas Journey illustrated program. Nepali Aama: Life Lessons of a Himalayan Woman (Anchor Doubleday; now in its fourth edition), documents Aamas life as an elderly, subsistence farmer in the foothills of the Himalayas. The sequel, Aama in America: A Pilgrimage of the Heart (AnchorDoubleday) is the dramatic and poignant tale of their 12,000 mile odyssey in search of the soul of the United States. In addition to acclaim as an illustrated lecture program, this story has been widely excerpted and a feature film screenplay is in progress.

In 1997, Coburn was awarded the American Alpine Clubs Literary Achievement Award for his body of work. His third book, Everest: Mountain Without Mercy, (National Geographic Books) reached #17 on the New York Times Bestseller list and was selected as Pick for 1997 by Publishers Weekly. It has sold over 400,000 copies-an unusual showing for a large format illustrated book.

Coburn has written magazine articles for New Age, Rock and Ice, The Denver Post Magazine, Co-Evolution Quarterly, Worldview and other magazines. He toured 18 cities for his first two books, 7 cities for Everest: Mountain Without Mercy, and delivered presentations at 8 Everest IMAX film premieres.

Coburn also authored a young adult photo-biography of Sir Edmund Hillary, Triumph on Everest, for National Geographic Books. This was selected as a Notable Social Studies Trade Book for Young People for 2001 by the National Council for Social Studies and the Childrens Book Council. In April of 2001 his collaboration with Jamling Tenzing Norgay, Touching My Fathers Soul: A Sherpas Journey to The Top of Everest (HarperSanFrancisco), his fifth book, reached #7 on the prestigious BookSense list, #24 on the New York Times list, was granted an Honorary Mention at the 2001 Banff Mountain Book Festival, and was a finalist for the coveted 2001 Books for a Better Life Award.

Together, Coburns three books about the people, environment and challenge of Mt. Everest form the basis for his illustrated program, Everest: To the Top of the World.