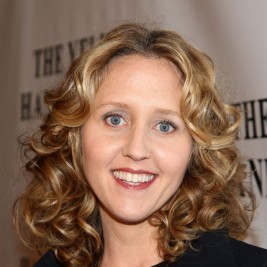 Businesses, Non-profit organizations, event planners and companies across the country have worked closely with our booking agents to hire Brooke Smith for a speaking engagements, guest appearances, product endorsements and corporate events. Many of those same clients have continued to turn to our speakers bureau as we can easily align Brooke Smith’s availability with their upcoming seminar, gala, annual conference, corporate function, and grand opening. Our close relationship with Brooke Smith’s booking agent and management team further enables us to provide inquiring clients with Brooke Smith’s speaking fee and appearance cost.

If your goal is to hire Brooke Smith to be your next keynote speaker or to be the next brand ambassador our celebrity speakers bureau can assist. If Brooke Smith’s booking fee is outside your companies budget or your unable to align with his appearance availability, our booking agents can provide you a list of talent that aligns with your event theme, budget and event date.

Brooke Smith, the daughter of publicist Lois Smith and publisher Gene Smith, attended the American Academy of Dramatic Arts for a year. She made her screen debut in 1988, but only made a splash three years later, when she appeared in the seminal film Silence of the Lambs as the abducted girl Catherine. Her later films include Random Hearts, The Broken Giant and The Namesake.
Smith also dabbled in television, taking recurring roles in Six Feet Under and Heist. She also took a recurring role in the final season of Crossing Jordan: she appeared in all the episodes but wasnt listed in the opening credits that season.
Smith was initially included in the cast of ABCs Dirty Sexy Money, but was replaced when she became a regular on another ABC series, Greys Anatomy. Her portrayal of lesbian doctor Erica Hahn was short-lived, as her character was fired from Seattle Grace five episodes into the fifth season.
Smith is currently married to cinematographer Steve Lubensky. They have one daughter, and they recently adopted a baby girl from Ethiopia.