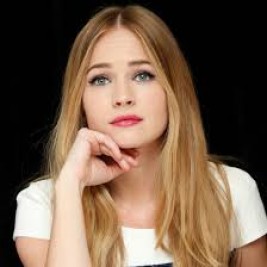 If your goal is to hire Britt Robertson to be your next keynote speaker or to be the next brand ambassador our celebrity speakers bureau can assist. If Britt Robertson’s booking fee is outside your companies budget or your unable to align with his appearance availability, our booking agents can provide you a list of talent that aligns with your event theme, budget and event date.

Brittany Leanna "Britt" Robertson is an American actress. Robertson first appeared before an audience when performing various roles on stage at the Greenville Little Theater in her home town. At age twelve, she began making extended trips to Los Angeles to audition for roles in television series and landed a role in a television pilot for a series which was never picked up by a network. Her first big break came when she was selected to play Michelle Seaver in the "Growing Pains: Return of the Seavers." Her most notable role to date is that of Cara Burns in the 2007 film "Dan in Real Life." Robertson appeared in "CSI: Crime Scene Investigation" in the episode "Go to Hell", and had a role as a recurring character in the CBS television series "Swingtown."

In 2008, she played the main character in a Lifetime original film, "Trixie Stone," based on Jodi Picoult's novel, "The Tenth Circle," followed by other television roles.

In 2009, she played a small role as DJ in "The Alyson Stoner Project." She also made a guest appearance on "Law & Order: Special Victims Unit" in the episode "Babes" as Tina Bernardi, a Catholic teen who gets pregnant in a pact. In 2010, she starred in The CW's series "Life Unexpected" as Lux Cassidy, a teenager who, while in the process of being emancipated, gets back in her birth parents' lives. The show, while set in Portland, Oregon was actually filmed in Vancouver, British Columbia. In late autumn 2010, she starred as Allie Pennington in the Disney Channel original film "Avalon High," which is based on Meg Cabot's book of the same name.

Robertson played Cassie Blake in The CW's 2011 television series "The Secret Circle," but the series was cancelled in 2012 after its first season. That same year, she starred in the film "The First Time." In 2013, Robertson was cast as Angie in CBS's summer series "Under the Dome."

In 2014, Robertson won the Boston Film Festival Award for Best Supporting Actress for "White Rabbit." In 2015, she starred with Scott Eastwood in Nicholas Sparks' film, "The Longest Ride," and also played the starring role in Brad Bird's film "Tomorrowland," with George Clooney and Hugh Laurie. Most recently, she starred in the 2016 film "Mother's Day."