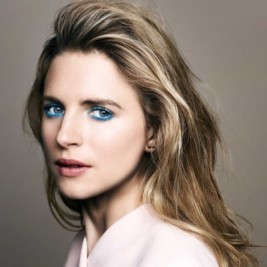 Businesses, Non-profit organizations, event planners and companies across the country have worked closely with our booking agents to hire Brit Marling for a speaking engagements, guest appearances, product endorsements and corporate events. Many of those same clients have continued to turn to our speakers bureau as we can easily align Brit Marling’s availability with their upcoming seminar, gala, annual conference, corporate function, and grand opening. Our close relationship with Brit Marling’s booking agent and management team further enables us to provide inquiring clients with Brit Marling’s speaking fee and appearance cost.

If your goal is to hire Brit Marling to be your next keynote speaker or to be the next brand ambassador our celebrity speakers bureau can assist. If Brit Marling’s booking fee is outside your companies budget or your unable to align with his appearance availability, our booking agents can provide you a list of talent that aligns with your event theme, budget and event date.

Brit Heyworth Marling is an American actress, screenwriter and film producer. After majoring in economics at Georgetown University, Marling moved to Los Angeles with friends Mike Cahill and Zal Batmanglij to pursue screenplay writing and acting.She first gained recognition in 2004 with the documentary Boxers and Ballerinas and later became a Sundance star with the Searchlight movies Sound of My Voice (2011), Another Earth (2011) and The East (2013) which she co-wrote in addition to playing the lead role.

Following graduation from Georgetown, where she met friends and future directors Mike Cahill and Zal Batmanglij, Marling spent her junior year summer interning for the investment banking firm Goldman Sachs as an investment analyst. She realized the lack of meaning a life spent there would have and later turned down a job offer from the firm, opting instead to move to Cuba with Mike Cahill to film the documentary Boxers and Ballerinas. The Cahill documentary gained Marling recognition in 2004, having co-written the film with Mike Cahill and Nicholas Shumaker and co-directed with Cahill.

Marling went to auditions and was offered roles in horror films, but rejected them. In an interview with The Daily Beast, she "wanted to be able to cast herself in roles that wouldn’t require her to play the typical parts offered to young actresses, the perfunctory girlfriend or a crime victim." She was discovered by talent agent Hylda Queally.

In the summer of 2009 she joined a group of freegans with friend Zal Batmanglij, living in tents and retrieving food from dumpsters, to explore how other young people were constructing a meaningful life.

Marling co-wrote, co-produced, and acted in the 2011 films Sound of My Voice and Another Earth, directed by Batmanglij and Cahill respectively. Both of these films were featured at the 2011 Sundance Film Festival, with Another Earth winning the Alfred P. Sloan Prize for outstanding film with science, technology or math as a major theme. In 2012, she played Richard Gere's daughter in Arbitrage.

In 2013, she collaborated with Searchlight once again on her lead role in The East alongside Ellen Page and Alexander Skarsgård. Directed by Zal Batmanglij and co-written by Marling and Batmanglij, The East is based on the duo's experience as freegans and their concern with the side effects of drugs.

Marling and Zal Batmanglij collaborated to create drama series The OA that is slated to debut in 2016 on Netflix. It will be written by Marling and Batmanglij, who will produce the series along with Dede Gardner and Jeremy Kleiner of Plan B, and Michael Sugar of Anonymous Content.

Despite her many roles in films she has co-written, Marling stated she "get[s] a lot more pleasure in acting in other people’s stories" since "one of the great pleasures of acting is surrendering to someone else's point of view of the world."