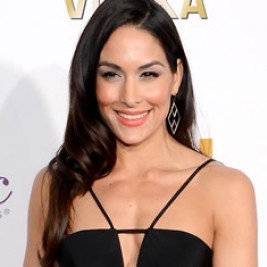 Businesses, Non-profit organizations, event planners and companies across the country have worked closely with our booking agents to hire Brie Bella for a speaking engagements, guest appearances, product endorsements and corporate events. Many of those same clients have continued to turn to our speakers bureau as we can easily align Brie Bella’s availability with their upcoming seminar, gala, annual conference, corporate function, and grand opening. Our close relationship with Brie Bella’s booking agent and management team further enables us to provide inquiring clients with Brie Bella’s speaking fee and appearance cost.

If your goal is to hire Brie Bella to be your next keynote speaker or to be the next brand ambassador our celebrity speakers bureau can assist. If Brie Bella’s booking fee is outside your companies budget or your unable to align with his appearance availability, our booking agents can provide you a list of talent that aligns with your event theme, budget and event date.

Brianna Monique Danielson and Nicole Garcia-Colace are American twin models, actresses, and professional wrestlers. The twins are a professional wrestling tag team under the ring names Brie Bella and Nikki Bella respectively, collectively referred to as the Bella Twins and they are currently signed with WWE, where Nikki is the reigning two-time Divas Champion.

Before being promoted to the main WWE roster, the Bella Twins wrestled in Florida Championship Wrestling, where they were trained by Tom Prichard, and mainly competed in tag team competition. Brie made her debut on SmackDown in August 2008; she debuted first, and as part of her in-ring persona, would disappear under the ring during matches, emerging revived. Eventually, it was revealed she was switching places with her twin, Nikki, under the ring in order to gain an advantage. They then competed in tag team matches. Beginning in November 2008, an angle was written in which the Bella Twins developed an on-screen relationship with The Colóns (Carlito and Primo). They were later involved in storyline romances with John Morrison and The Miz in early 2009 and Daniel Bryan in 2010. In April 2011, Brie won the WWE Divas Championship and Nikki won it a year later in April 2012. Shortly afterward, they departed WWE, but returned in March 2013. That same year, both began starring in the reality television show Total Divas as main cast members.