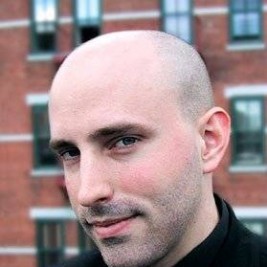 Businesses, Non-profit organizations, event planners and companies across the country have worked closely with our booking agents to hire Brian Vaughan for a speaking engagements, guest appearances, product endorsements and corporate events. Many of those same clients have continued to turn to our speakers bureau as we can easily align Brian Vaughan’s availability with their upcoming seminar, gala, annual conference, corporate function, and grand opening. Our close relationship with Brian Vaughan’s booking agent and management team further enables us to provide inquiring clients with Brian Vaughan’s speaking fee and appearance cost.

If your goal is to hire Brian Vaughan to be your next keynote speaker or to be the next brand ambassador our celebrity speakers bureau can assist. If Brian Vaughan’s booking fee is outside your companies budget or your unable to align with his appearance availability, our booking agents can provide you a list of talent that aligns with your event theme, budget and event date.

Vaughan was a writer, story editor and producer of the television series Lost during seasons three through five. He was nominated for a Writers Guild of America Award for Best Dramatic Series at the February 2009 ceremony for his work on the fourth season. The writing staff was nominated for the award again at the February 2010 ceremony for their work on the fifth season. He was formerly the showrunner and executive producer of the TV series Under the Dome.

Wired describes Vaughan's comics work as "quirky, acclaimed stories that don't pander and still pound pulses". His creator-owned comics work is also characterized by "finite, meticulous, years-long story arcs", on which Vaughan comments, "That's storytelling, with a beginning, a middle, and an end. Something like Spider-Man, a book that never has a third act, that seems crazy." Erik Malinowski, also of Wired, has called Vaughan "the greatest comic book visionary of the last five years", comparing him to Frank Miller, Alan Moore, Paul Pope, and Steve Niles, and praised his addition to the TV series Lost as redeeming that series' third season.