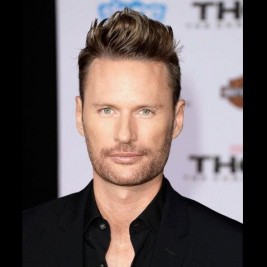 Businesses, Non-profit organizations, event planners and companies across the country have worked closely with our booking agents to hire Brian Tyler for a speaking engagements, guest appearances, product endorsements and corporate events. Many of those same clients have continued to turn to our speakers bureau as we can easily align Brian Tyler’s availability with their upcoming seminar, gala, annual conference, corporate function, and grand opening. Our close relationship with Brian Tyler’s booking agent and management team further enables us to provide inquiring clients with Brian Tyler’s speaking fee and appearance cost.

If your goal is to hire Brian Tyler to be your next keynote speaker or to be the next brand ambassador our celebrity speakers bureau can assist. If Brian Tyler’s booking fee is outside your companies budget or your unable to align with his appearance availability, our booking agents can provide you a list of talent that aligns with your event theme, budget and event date.

Brian Tyler is a composer and conductor of over 70 films and recently won “Film Composer of the Year” at the 2014 Cue Awards. He is currently scoring Marvel Studios’ "Avengers: Age of Ultron." Tyler also composed "Iron Man 3" starring Robert Downey Jr. and Ben Kingsley as well as "Thor: The Dark World" starring Chris Hemsworth, Natalie Portman, and Anthony Hopkins. Brian conducted the London Philharmonic at Abbey Road Studios for both films. He also scored "Eagle Eye" for producer Steven Spielberg and the box office hits "Fast Five" and "Fast and Furious" for director Justin Lin. He was nominated for a 2014 BAFTA Award and was inducted into the music branch of the Academy of Motion Picture Arts and Sciences in 2010.

Tyler began scoring features shortly after he received his master’s degree from Harvard University as well as a bachelor’s degree from UCLA. He is a multi-instrumentalist and plays piano, guitar, drums, bass, cello, world percussion, synth programming, guitarviol, charango, and bouzouki, amongst others. He showcased many of those instruments for the 2013 retro heist film, "Now You See Me," about a team of illusionists starring Morgan Freeman, Jesse Eisenberg, Michael Caine, Woody Harrelson, and Mark Ruffalo.

Tyler arranged and conducted the new film logo music for Universal Pictures and composed a theme for the 100 year anniversary of the studio as well as composing the music for the Marvel Studios logo which now plays before of all of their films. He also scored "The Expendables" trilogy of films and "Rambo" directed by Sylvester Stallone; "Law Abiding Citizen" starring Jamie Foxx and Gerard Butler; the Keanu Reeves thriller, "Constantine" and the science- fiction film "Battle: Los Angeles." Tyler’s score for Bill Paxton’s "Frailty" won him a World Soundtrack Award in 2002 as well as The World Soundtrack Award as Best New Film Composer of the Year. He has received two Emmy Award nominations, ten BMI Music Awards, five ASCAP Music Awards, and was recently won 12 Goldspirit Awards including Composer of the Year.

After composing the score for "The Hunted" for Academy Award-winning director William Friedkin, Tyler composed the score for Disney’s turn of the century drama The Greatest Game Ever Played starring Shia LaBeouf. His soundtrack for "Children of Dune" reached #4 on the Amazon.com album charts while "Thor: The Dark World," "Iron Man 3," and "Fast Five" all hit #1 on the iTunes soundtrack charts.