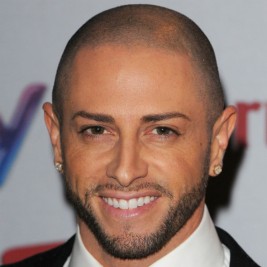 Businesses, Non-profit organizations, event planners and companies across the country have worked closely with our booking agents to hire Brian Friedman for a speaking engagements, guest appearances, product endorsements and corporate events. Many of those same clients have continued to turn to our speakers bureau as we can easily align Brian Friedman’s availability with their upcoming seminar, gala, annual conference, corporate function, and grand opening. Our close relationship with Brian Friedman’s booking agent and management team further enables us to provide inquiring clients with Brian Friedman’s speaking fee and appearance cost.

If your goal is to hire Brian Friedman to be your next keynote speaker or to be the next brand ambassador our celebrity speakers bureau can assist. If Brian Friedman’s booking fee is outside your companies budget or your unable to align with his appearance availability, our booking agents can provide you a list of talent that aligns with your event theme, budget and event date.

Brian Friedman is one of the hottest directors for some of today’s most popular concert tours, music videos, commercials and films. His moves and style are beyond grand, graceful and captivating, which make him a true original in his field.

Friedman has choreographed some of the most known music videos and performances such as Britney Spears’ Toxic and Slave 4 U, My Love Is Like Wo by Mya, The One by PRINCE, *NSYNC’s Dirty Pop, and many more for artists such as Beyonce, Usher, Pink, Brittany Murphy, Hilary Duff, and Christina Milian.

As a dancer, his silver screen credits include both Charlie’s Angels and Charlie’s Angels: Full Throttle, You Got Served, She’s All that, Austin Powers: Gold Member, Uptown Girls, and more. Friedman has also choreographed for countless television shows including Will & Grace, The Tonight Show with Jay Leno, David Letterman, The Ellen DeGeneres Show, Oprah, That 70’s Show, MTV VMA’s, VH1 DIVAS LIVE, and Billboard Music Awards.

Friedman's dance training began at age 11 in his hometown of Scottsdale, AZ. He later starred in Newsies, and Kids Incorporated, and owned his own dance studio before he was 16. As a young dancer, Friedman worked with such artists as Michael Jackson, Paula Abdul, Celine Dion, Melissa Etheridge, Salt ‘N Pepa, and Patti LaBelle.

Friedman has been nominated for four MTV Video Music Awards, 2 Music Video Production Awards and five American Choreography Awards. This young innovator created FREESTYLE, an interactive instructional dance DVD that teaches audiences original choreography and the moves that made him famous. He also tours around the world mentoring thousands of students and teaching his own dance technique. After two seasons of SYTYCD he was exported overseas to London to star in Simon Cowell’s hit UK show, Grease Is the Word. Following Grease was London's The X Factor.