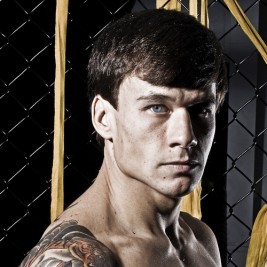 Businesses, Non-profit organizations, event planners and companies across the country have worked closely with our booking agents to hire Brian Bowles for a speaking engagements, guest appearances, product endorsements and corporate events. Many of those same clients have continued to turn to our speakers bureau as we can easily align Brian Bowles’s availability with their upcoming seminar, gala, annual conference, corporate function, and grand opening. Our close relationship with Brian Bowles’s booking agent and management team further enables us to provide inquiring clients with Brian Bowles’s speaking fee and appearance cost.

If your goal is to hire Brian Bowles to be your next keynote speaker or to be the next brand ambassador our celebrity speakers bureau can assist. If Brian Bowles’s booking fee is outside your companies budget or your unable to align with his appearance availability, our booking agents can provide you a list of talent that aligns with your event theme, budget and event date.

Brian Bowles was born June 22, 1980 and is an American mixed martial artist. He is the former WEC Bantamweight Champion. On October 28, 2010, World Extreme Cagefighting merged with the Ultimate Fighting Championship. As part of the merger, all WEC fighters were transferred to the UFC. Bowles faced former opponent Damacio Page on March 3, 2011 at UFC Live: Sanchez vs. Kampmann. In what Joe Rogan described as " a comet that comes around every 1,000 years," Bowles defeated Page by guillotine choke at 3:30 of the first round, the same method and exact time that he defeated Page in their first meeting. Bowles faced Takeya Mizugaki on July 2, 2011 at UFC 132. He won the fight via unanimous decision, making this the first time he has gone to a decision in his career. Bowles faced off against Urijah Faber on November 19, 2011 at UFC 139. He lost the fight by submission (guillotine choke) in the second round.