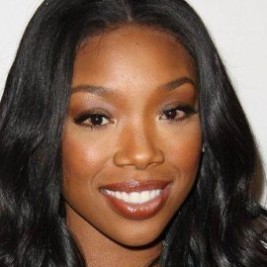 Businesses, Non-profit organizations, event planners and companies across the country have worked closely with our booking agents to hire Brandy Norwood for a speaking engagements, guest appearances, product endorsements and corporate events. Many of those same clients have continued to turn to our speakers bureau as we can easily align Brandy Norwood’s availability with their upcoming seminar, gala, annual conference, corporate function, and grand opening. Our close relationship with Brandy Norwood’s booking agent and management team further enables us to provide inquiring clients with Brandy Norwood’s speaking fee and appearance cost.

If your goal is to hire Brandy Norwood to be your next keynote speaker or to be the next brand ambassador our celebrity speakers bureau can assist. If Brandy Norwood’s booking fee is outside your companies budget or your unable to align with his appearance availability, our booking agents can provide you a list of talent that aligns with your event theme, budget and event date.

Born into a musical family in McComb, Mississippi and raised in Carson, California, Norwood first appeared in a supporting role on the short-lived ABC sitcom Thea in 1993. Her engagement led to her own star vehicle, successful UPN sitcom Moesha in 1996, and resulted in roles in the 1998 horror sequel I Still Know What You Did Last Summer, and the TV films Rodgers and Hammerstein's Cinderella (1997) and Double Platinum (1999), two of television's best rated special programs.

In 1993, she signed a recording contract with Atlantic, releasing her self-titled debut album a year after. Following a major success with Grammy Award-winning "The Boy Is Mine", a duet with singer Monica, and her second album Never Say Never in 1998, a series of successful records established her as one of the most successful of the new breed of urban R&B female vocalists to emerge during the mid-to late 1990s. Her latest studio album, Human(2008), was her first effort to be released on the Epic label after a label change in 2005.

The RIAA ranks Norwood as one of the best-selling female artists in American music history, having sold over 10.7 million copies of her five studio albums in the United States and over 30 million records worldwide, to date.  Additionally, she has won over 100 awards as a recording artist. In 1999, Billboard ranked Norwood among the top 20 of the top pop artists of the 1990s. Brandy has also been ranked among the top 50 greatest teen stars of all time.

In 2010, Norwood and her brother Ray J premiered the VH1 reality series Brandy and Ray J: A Family Business along with their parents. The show debuted in April 2010 and chronicled the backstage happenings of both siblings, while taking a bigger role in their family's management and production company, R&B Productions. The show concluded after eleven episodes and was renewed for a second season and will track the recording of a collaboration album with brother Ray J, tentatively titled R&B.  After collaborating with Timbaland, it was also reported that Norwood would begin work on her sixth solo studio album which Timbaland revealed was going to embrace her new rap alter-ego, as well as her singing. Currently, Norwood is competing on the eleventh season of Dancing with the Stars on ABC.