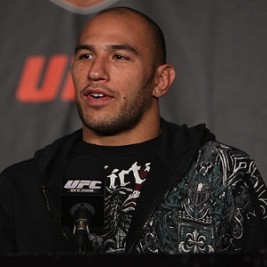 Businesses, Non-profit organizations, event planners and companies across the country have worked closely with our booking agents to hire Brandon Vera for a speaking engagements, guest appearances, product endorsements and corporate events. Many of those same clients have continued to turn to our speakers bureau as we can easily align Brandon Vera’s availability with their upcoming seminar, gala, annual conference, corporate function, and grand opening. Our close relationship with Brandon Vera’s booking agent and management team further enables us to provide inquiring clients with Brandon Vera’s speaking fee and appearance cost.

If your goal is to hire Brandon Vera to be your next keynote speaker or to be the next brand ambassador our celebrity speakers bureau can assist. If Brandon Vera’s booking fee is outside your companies budget or your unable to align with his appearance availability, our booking agents can provide you a list of talent that aligns with your event theme, budget and event date.

Brandon Vera is a Filipino-American mixed martial artist currently signed with ONE FC. A professional competitor since 2002, he has formerly competed for the UFC and the WEC. Vera is the former WEC 13 Heavyweight Grand Prix Champion.

Vera's first professional mixed martial arts bout was on July 6, 2002, while training under Lloyd Irvin. He won the fight, against Adam Rivera, via TKO in the first round. He fought and won another bout in 2004 before entering a World Extreme Cagefighting heavyweight tournament in 2005, where he won two bouts in one night, including a bout against The Ultimate Fighter 2's Mike Whitehead in the finals.

Vera moved to San Diego, California on New Year's Eve of 2003 to accept a training position with City Boxing in San Diego. At City Boxing, Vera excelled as a trainer and was taken under the wing of City Boxing owner Mark Dion, who became his manager and introduced him to kickboxing great Rob Kaman. With Vera's success as a trainer and a mixed martial arts fighter, Dion gave Vera partial ownership of City Boxing.

Vera made his UFC debut at Ultimate Fight Night 2 on October 3, 2005 against Fabiano Scherner. Vera won the fight via KO mid-way through the second round. Following the Scherner bout, he faced Justin Eilers at UFC 57, winning early in the first round by knockout. At UFC 60, Vera defeated Assuerio Silva with a guillotine choke. On November 18, he needed just 69 seconds to stop ex-heavyweight champion Frank Mir at UFC 65 in Sacramento, California.

White had been telling the media prior to UFC 65 that the winner of the Vera-Mir fight would face the winner of the Tim Sylvia-Jeff Monson bout, which was also being held that same night, for the championship.

In August, the UFC announced the "return" of Brandon Vera. His first fight was against Tim Sylvia at UFC 77. Vera lost for the first time via a unanimous decision. He also broke his left hand at 4:40 minutes into the first round.

Vera had his second loss at UFC 85 against Fabricio Werdum by TKO. The fight was controversially stopped by referee Dan Miragliotta as Werdum mounted him and did some ground and pound. After the stoppage, Vera was upset as he felt he was defending himself effectively.

Vera recently staged a public workout at the Mall of Asia, located in Pasay City, Philippines, which was attended by over 4,000 people. After a subsequent workout by Chuck Liddell received a similar response, UFC officials announced a UFC event would be brought to the Philippines in 2009.

At UFC 89 Vera lost to Keith Jardine via a narrow split decision. Following the fight, Vera incurred criticism for his performance since his return to the UFC having been victorious in only one of his last four fights.

A more focused Vera appeared on the preliminary card of UFC 96. It was the first time Vera wasn't on the main card since he made his debut in the UFC. He made an impressive performance against Mike Patt, showing a more aggressive and intense striking approach and stopping him via TKO (Leg kicks) in the 2nd round.

Vera last fought Krzysztof Soszynski at UFC 102 after his original opponent, Matt Hamill, was forced to drop out due after suffering a meniscus tear while training. Vera won via unanimous decision.

Vera lost a close fight to Randy Couture via a controversial unanimous decision on November 14, 2009 in the main event at UFC 105, with the media comparing the decision to the previous UFC event Machida-Rua match and prompted that MMA judging should be changed.