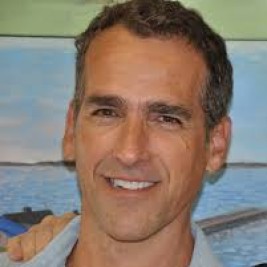 Businesses, Non-profit organizations, event planners and companies across the country have worked closely with our booking agents to hire Bob Paris for a speaking engagements, guest appearances, product endorsements and corporate events. Many of those same clients have continued to turn to our speakers bureau as we can easily align Bob Paris’s availability with their upcoming seminar, gala, annual conference, corporate function, and grand opening. Our close relationship with Bob Paris’s booking agent and management team further enables us to provide inquiring clients with Bob Paris’s speaking fee and appearance cost.

If your goal is to hire Bob Paris to be your next keynote speaker or to be the next brand ambassador our celebrity speakers bureau can assist. If Bob Paris’s booking fee is outside your companies budget or your unable to align with his appearance availability, our booking agents can provide you a list of talent that aligns with your event theme, budget and event date.

Bob Paris is a former professional world champion bodybuilder, as well as a writer, actor, public speaker, civil rights activist and model that won the 1983 Mr. Universe contest. Paris is also a gay rights activist. Bob Paris came out in the media as a gay man in the July 1989 issue of Ironman. He was the world’s first male professional athlete, in any sport, who was brave enough to come out to the media while he was still an active competitor in his sport.

When he was 19, he briefly moved to Florida and while there he competed and placed 2nd in the Mr. Teen Florida. After he returned home to Indiana, his father kicked him out of their house, whereupon Bob left home with a friend from high school and drove to California. Bob lived for a short time in Santa Monica, which at the time was popularly regarded as the world capital of bodybuilding, but with little money in his pockets he often was forced to live out of his car. Eventually, Bob found steady employment in nearby Orange County, and this stability allowed him to seriously pursue bodybuilding, where he quickly surpassed the amateur ranks and went on to become a professional bodybuilder.

In 2006, Flex Magazine ranked Bob Paris as the most aesthetic athlete in the history of bodybuilding. While famous for his artistic approach toward the sport and aesthetics, he was also a dedicated advocate for the rights of athletes and an outspoken voice who has helped push for the expanded use of drug testing at the professional level. He retired from bodybuilding in 1991. Today, Bob Paris continues to remain a staunch gay rights advocate and often is hired as a guest and motivational speaker. He is also a classically trained theatre actor and has appeared in many plays and productions.