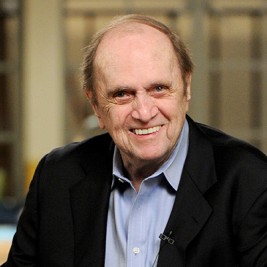 Businesses, Non-profit organizations, event planners and companies across the country have worked closely with our booking agents to hire Bob Newhart for a speaking engagements, guest appearances, product endorsements and corporate events. Many of those same clients have continued to turn to our speakers bureau as we can easily align Bob Newhart’s availability with their upcoming seminar, gala, annual conference, corporate function, and grand opening. Our close relationship with Bob Newhart’s booking agent and management team further enables us to provide inquiring clients with Bob Newhart’s speaking fee and appearance cost.

If your goal is to hire Bob Newhart to be your next keynote speaker or to be the next brand ambassador our celebrity speakers bureau can assist. If Bob Newhart’s booking fee is outside your companies budget or your unable to align with his appearance availability, our booking agents can provide you a list of talent that aligns with your event theme, budget and event date.

His 1960 comedy album, The Button Down Mind of Bob Newhart, went straight to number one on the charts, beating Elvis Presley and the cast album of The Sound of Music. Button Down Mind received the 1961 Grammy Award for Album of the Year. Newhart also won Best New Artist, and his quickly-released follow-on album, The Button-Down Mind Strikes Back, won Best Comedy Performance - Spoken Word that same year.

Newhart's success in stand-up led to his own NBC variety show in 1961, The Bob Newhart Show. The show lasted only a single season, yet earned Newhart an Emmy Award nomination and a Peabody Award. The Peabody Board cited him as:

In 2001, Bob made an appearance on MAD TV (Season 6), playing a psychiatrist who yells "Stop it!" in a very memorable skit. It is widely regarded as one of the funniest bits ever on the show.

He also guest-starred on ER in a very rare dramatic role which earned him an Emmy Award nomination, his first in nearly twenty years. In 2005 he began a recurring role in Desperate Housewives as Morty, the on-again/off-again boyfriend of Sophie (Lesley Ann Warren), Susan Mayer's (Teri Hatcher) mother.

Newhart is known for his deadpan delivery and a slight stammer which early on he incorporated into the persona around which he built a successful career. On his TV shows, although he got his share of funny lines, often he worked in the Jack Benny tradition of being the "straight man" while the sometimes somewhat bizarre cast members surrounding him got the laughs.

Two of Newhart's most memorable roles were in two very different military-themed films, the 1962 film Hell Is for Heroes, and his portrayal of Major Major Major Major in the 1970 film version of Catch-22.