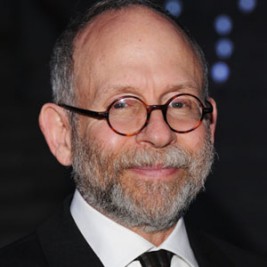 Businesses, Non-profit organizations, event planners and companies across the country have worked closely with our booking agents to hire Bob Balaban for a speaking engagements, guest appearances, product endorsements and corporate events. Many of those same clients have continued to turn to our speakers bureau as we can easily align Bob Balaban’s availability with their upcoming seminar, gala, annual conference, corporate function, and grand opening. Our close relationship with Bob Balaban’s booking agent and management team further enables us to provide inquiring clients with Bob Balaban’s speaking fee and appearance cost.

If your goal is to hire Bob Balaban to be your next keynote speaker or to be the next brand ambassador our celebrity speakers bureau can assist. If Bob Balaban’s booking fee is outside your companies budget or your unable to align with his appearance availability, our booking agents can provide you a list of talent that aligns with your event theme, budget and event date.

Bob Balaban is an American actor, author, producer, and director. He was one of the producers nominated for the Academy Award for Best Picture for Gosford Park (2001), in which he also appeared.

One of his earliest appearances in film was in Midnight Cowboy (1969). Prior to that, he filled the role of "Linus" in the original off-Broadway production of You're A Good Man, Charlie Brown in 1967.

Among his early roles in the 1970s were those of Grady Garrett on an episode of Room 222, Orr in Catch-22 and the interpreter David Laughlin in the 1977 Steven Spielberg science fiction film Close Encounters of the Third Kind. In 1979 he received a Tony Award nomination for his role in The Inspector General. During the 1980s he appeared in films such as Altered States and 2010. He directed the Randy Quaid picture Parents, and the Armin Mueller-Stahl picture The Last Good Time.

He played supporting roles in films such as Absence of Malice, Bob Roberts, Deconstructing Harry, Ghost World, The Majestic, Lady in the Water, and Christopher Guest's Waiting for Guffman, Best in Show, A Mighty Wind, and For Your Consideration.

Balaban appeared in Miami Vice as reporter Ira Stone. In the 1990s, Balaban had a recurring role on the fourth season of Seinfeld as Russell Dalrymple, the fictional president of NBC. He also played Warren Littlefield, a real-world NBC executive, in The Late Shift, about the battle between Jay Leno and David Letterman for NBC's The Tonight Show. His tie to Littlefield continued in 2012 when he read the audiobook of Littlefield's autobiography, Top of the Rock: Inside the Rise and Fall of Must See TV. In 1999, Balaban made a guest appearance in the sitcom Friends as Phoebe Buffay's father Frank in "The One With Joey's Bag". In 2010, Balaban appeared as Judge Clayton Horn, the real-life judge who presided over the obscenity trial of Lawrence Ferlinghetti and City Lights Bookstore in the movie Howl.

In 2001, Balaban produced Gosford Park, for which he received an Academy Award nomination for Best Picture. He also appeared in the movie as Morris Weissman, a Hollywood producer. He appeared in an episode of Entourage as a doctor known for writing prescriptions for medical marijuana. He directed the film Bernard and Doris (2006), starring Susan Sarandon; and also the biopic Georgia O'Keeffe (2009), starring Joan Allen and Jeremy Irons. He has directed several episodes of the Showtime series Nurse Jackie.

Balaban is the author of a series of six children's novels featuring a bionic dog named McGrowl.

In September 2011, he was featured with Morgan Freeman and John Lithgow in the Broadway debut of the play, '8' — a staged reenactment of the federal trial that overturned California's Prop 8 ban on same-sex marriage — as Judge Vaughn Walker. The production was held at the Eugene O'Neill Theatre to raise money for the American Foundation for Equal Rights.

In January 2016, Balaban appeared in the short play Milton Bradley by Peter Sagal, for Playing On Air, a non-profit organization that “records short plays [for public radio and podcast] written by top playwrights and performed by outstanding actors.”