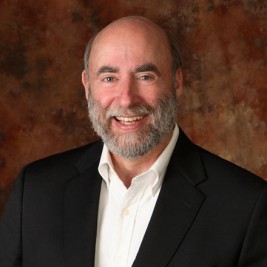 Businesses, Non-profit organizations, event planners and companies across the country have worked closely with our booking agents to hire Bill Wagner for a speaking engagements, guest appearances, product endorsements and corporate events. Many of those same clients have continued to turn to our speakers bureau as we can easily align Bill Wagner’s availability with their upcoming seminar, gala, annual conference, corporate function, and grand opening. Our close relationship with Bill Wagner’s booking agent and management team further enables us to provide inquiring clients with Bill Wagner’s speaking fee and appearance cost.

If your goal is to hire Bill Wagner to be your next keynote speaker or to be the next brand ambassador our celebrity speakers bureau can assist. If Bill Wagner’s booking fee is outside your companies budget or your unable to align with his appearance availability, our booking agents can provide you a list of talent that aligns with your event theme, budget and event date.

Bill Wagner is an American software developer, known as an expert in the C# programming language.  Wagner received a B.S. in computer science from the University of Illinois at Urbana–Champaign.

Wagner is known primarily for .Net development work, particularly C#. He is the author of several widely used manuals, including Effective C# (now in its second edition, 2010) and More Effective C# (2004). Wagner has written a number of articles appearing in MSDN Magazine, the C# Developer Center, Visual C++ Developer's Journal, Visual Studio Magazine, ASP.NET Pro Magazine, .NET Developer's Journal, as well as technical articles for software developers. Wagner wrote a set of programming idioms for C#. Wagner has stated that he has been developing with C# since public betas for C# 1.0 were released. Prior to that time, Wagner had worked with C++ and Java. In addition to C#, Wagner also has service-oriented architecture skills.

Wagner was appointed Microsoft regional director for Michigan in 2003, and he was reappointed and named a Microsoft MVP in 2005.

Wagner is a founding member and past president of the Great Lakes .NET User Group and the Ann Arbor .NET Developers Group, and a contributor to the Ann Arbor Computer Society.[5][6] In addition to his technical pursuits, Wagner is a volunteer math tutor for Manchester, Michigan schools.