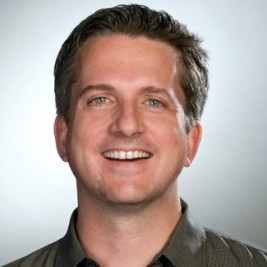 Businesses, Non-profit organizations, event planners and companies across the country have worked closely with our booking agents to hire Bill Simmons for a speaking engagements, guest appearances, product endorsements and corporate events. Many of those same clients have continued to turn to our speakers bureau as we can easily align Bill Simmons’s availability with their upcoming seminar, gala, annual conference, corporate function, and grand opening. Our close relationship with Bill Simmons’s booking agent and management team further enables us to provide inquiring clients with Bill Simmons’s speaking fee and appearance cost.

If your goal is to hire Bill Simmons to be your next keynote speaker or to be the next brand ambassador our celebrity speakers bureau can assist. If Bill Simmons’s booking fee is outside your companies budget or your unable to align with his appearance availability, our booking agents can provide you a list of talent that aligns with your event theme, budget and event date.

Bill Simmons is an American sports columnist, analyst, author, and podcaster. He was most recently the editor-in-chief for Grantland.com, which is affiliated with ESPN.com. He also contributed columns and podcasts to the website. He is also a former writer for ESPN The Magazine and Jimmy Kimmel Live!. Nicknamed The Sports Guy, formerly The Boston Sports Guy, Simmons gained the attention of ESPN with his web site, BostonSportsGuy.com, which earned him a job offer in 2001.

When he joined ESPN in 2001, in addition to writing for ESPN.com, he also hosted his own podcast on ESPN.com titled The B.S. Report, appeared as a special contributor on the television series E:60, is co-creator and served as an executive producer of ESPN's documentary project, 30 for 30. He also has written two books. On June 8, 2011, Simmons launched Grantland.com, an online magazine for which he serves as Editor-in-chief. At this point he began publishing his Sports Guy columns and B.S. Report podcasts on Grantland, which are then linked to ESPN.com.

Simmons is known for his style of writing which is characterized by mixing sports knowledge and analysis, pop culture references, his non-sports-related personal life, and for being written from the viewpoint of a passionate sports fan. Simmons also has created numerous internet memes, most notably the Ewing Theory (though he claims he did not come up with the idea and the Manning Face.

In 2007, he was named the 12th-most influential person in online sports by the Sports Business Journal, the highest position on the list for a non-executive.

In 2012, Simmons became a member of the NBA Countdown pregame show on ESPN/ABC replacing Chris Broussard. He left the show prior to the 2014 season.