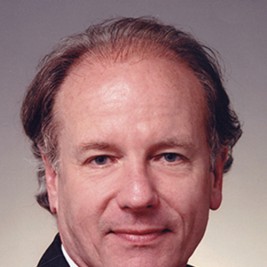 Businesses, Non-profit organizations, event planners and companies across the country have worked closely with our booking agents to hire Bill Shipman for a speaking engagements, guest appearances, product endorsements and corporate events. Many of those same clients have continued to turn to our speakers bureau as we can easily align Bill Shipman’s availability with their upcoming seminar, gala, annual conference, corporate function, and grand opening. Our close relationship with Bill Shipman’s booking agent and management team further enables us to provide inquiring clients with Bill Shipman’s speaking fee and appearance cost.

If your goal is to hire Bill Shipman to be your next keynote speaker or to be the next brand ambassador our celebrity speakers bureau can assist. If Bill Shipman’s booking fee is outside your companies budget or your unable to align with his appearance availability, our booking agents can provide you a list of talent that aligns with your event theme, budget and event date.

Thirteen years ago Bill Shipman invited 25 people to Boston to discuss an issue most participants had rarely considered, Social Security. The participants were responsible for the retirement plans of the largest corporations and state pension funds in America. The four-hour session was led by the Commissioner of Social Security who served under Presidents Reagan and Bush (41).

The next year, 1994, the Commissioner asked Shipman to testify to Congress and offer his views on Social Security. In October Bill Shipman testified that the Social Security system, however compassionate in intent, was fundamentally flawed in design and financially unsustainable. He suggested that the country consider reforming the system from a tax-based to a market-based structure wherein individuals save and invest for their retirement needs.

Shipman's comments were observed by the Cato Institute, one of Washington's prominent think tanks. The following year Cato requested that he write a paper to be published by Cato and asked him to be the co-chairman of Cato's Project on Social Security Choice.

In 1996 Bill Shipman co-authored “Promises to Keep: Saving Social Security's Dream” which was modeled after his 1994 testimony. The importance of “Promises” is that it was written by two people from the financial services industry, the industry that would play a pivotal role in Social Security's fundamental reform.

Within a couple of years there was another meeting, much smaller, just a handful people. They discussed reforming Social Security along the lines of a defined contribution plan with personal property rights. This was an important gathering because one of the participants moved on and became the President of the United States.

When then Governor Bush campaigned for the presidency he promoted Social Security reform. This was unusual. Most politicians avoided the subject for the political risks were considered too high. Bush saw it differently. He promised that if elected, he would appoint a commission to provide answers for reform, and he did.

During the 2004 campaign President Bush again ran on Social Security reform as did more candidates for Congress. All prevailed except for one Senate candidate.

In his State of the Union Address in January, 2005 President Bush devoted about twenty percent of his speech to Social Security. Providing this amount of time for a single domestic policy issue was unusual, perhaps unprecedented. He then went on the road to sell his idea.

In his 2006 State of the Union Address the president devoted only eight sentences to Social Security, two of them suggesting a new commission to study Social Security's future. The political oxygen so necessary for reform went elsewhere.