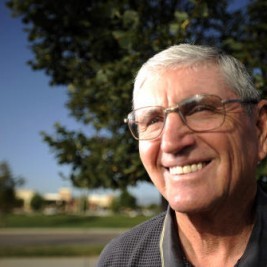 Businesses, Non-profit organizations, event planners and companies across the country have worked closely with our booking agents to hire Bill McCartney for a speaking engagements, guest appearances, product endorsements and corporate events. Many of those same clients have continued to turn to our speakers bureau as we can easily align Bill McCartney’s availability with their upcoming seminar, gala, annual conference, corporate function, and grand opening. Our close relationship with Bill McCartney’s booking agent and management team further enables us to provide inquiring clients with Bill McCartney’s speaking fee and appearance cost.

If your goal is to hire Bill McCartney to be your next keynote speaker or to be the next brand ambassador our celebrity speakers bureau can assist. If Bill McCartney’s booking fee is outside your companies budget or your unable to align with his appearance availability, our booking agents can provide you a list of talent that aligns with your event theme, budget and event date.

Bill McCartney was born on August 22, 1940 in Riverview, Michigan. He is the founder of the Promise Keepers men's ministry and a former college football coach. Currently he has come out of retirement to be the CEO and chairman of the board of Promise Keepers, after founding the Road to Jerusalem ministry.

After receiving his BA in education from the University of Missouri (1962), Bill McCartney was named as an assistant football coach under Tom McCartney, his older brother, in the summer of 1965 at Detroit Holy Redeemer High School. He was also the head basketball coach at Redeemer (1965â1969), taking the school to the Detroit City Championship during the 1968â1969 season.

Bill McCartney was also a successful football and basketball coach at Divine Child High School in Dearborn, Michigan before becoming the only high school coach ever hired by University of Michigan coaching legend Bo Schembechler. After nine years as an assistant, McCartney was hired to replace Chuck Fairbanks as head coach at the University of Colorado.

In his first season the Colorado Buffaloes compiled a record of 2â8â1. But McCartney began rebuilding Colorado in the early 1980s by pointing to the success of Big Eight rival Nebraska Cornhuskers. McCartney stated that it would take five years to turn the Buffaloes into a winning program. After a disastrous 1â10 season in 1984, McCartney signed a contract extension.

In only his fourth season, the Buffaloes were invited to the Freedom Bowl against the Washington Huskies. The following year, 1986, saw McCartney's team win its first game against Nebraska in over two decades. After moderately successful seasons in 1987 and 1988, Bill McCartney moved his team into national prominence.

In 1988, the Buffaloes star quarterback, Sal Aunese, was diagnosed with stomach cancer. Aunesse died in the middle of the 1989 season. They beat every regular season opponent including ranked teams Washington, Illinois, Nebraska, and Oklahoma. When the final regular season poll for 1989 was released, the Colorado Buffaloes had taken only seven years to go from 110th to number one in the country. They played in the Orange Bowl against Notre Dame on January 1, 1990. They lost to Notre Dame, 21â6, and ended the year number four in the nation.

Big things were expected in 1990, and McCartney took the step of adding an extra game, the inaugural Disney Kick-Off Classic, to the schedule. Beginning the year ranked number four, the Buffaloes tied with the Tennessee Volunteers, 31â31. A comeback win against Stanford and a loss to Illinois made the Buffs 1â1â1. The tide turned with a win over Texas and they went undefeated the rest of the season. But the controversy that was to cast a pall over the Buffs' 1990 success came on October 6, 1990 against Missouri. The referees accidentally allowed the Buffaloes an additional play that wound up being the difference between victory and defeat. The game, known as the Fifth Down Game, had major repercussions for the rest of the year.

As the teams in front of them lost, Colorado continued to climb in the rankings. They beat nationally ranked opponents Washington, Oklahoma, and Nebraska. The win against Nebraska combined with the other events of November 3, 1990 put the Buffaloes in the number one spot. If they won their remaining games, they would win the national championship. Once again, the Buffaloes faced off in the Orange Bowl against Notre Dame. A sensational game unfolded that seemingly ended with another Notre Dame victory. Colorado punter Tom Rouen punted to Raghib Ismail with 65 seconds left. Ismail returned the punt 91 yards for the game-winning touchdown, only to have it called back due to a controversial clipping penalty. Colorado hung on for a 10-9 win and a share of the 1990 National Championship. Colorado was voted #1 by the AP Poll and split the title with Georgia Tech who was voted #1 by the Coaches Poll.

The following year, the Buffaloes tied Nebraska for the Big Eight title and lost to Alabama in the Blockbuster Bowl. In 1992, they lost three games and the Fiesta Bowl to Syracuse. After coaching two more seasons, the last an 11â1 season including a bowl win over Notre Dame, McCartney retired from coaching to head the Christian men's group Promise Keepers. After many years he resigned as the head of Promise Keepers and founded an organization called The Road to Jerusalem. In September of 2008, McCartney accepted the positions of CEO and chairman of the board of Promise Keepers.

McCartney is the former head football coach of the University of Colorado. His team won a co-national championship in 1990. He has been inducted into the Colorado Sports Hall of Fame (1999) and the Orange Bowl Hall of Fame (1996) and has been honored as UPI Coach of the Year (1990), Big Eight Conference Coach of the Year (1985, 1989, 1990), and National Coach of the Year (1989). He serves on the board of directors of the Equip Foundation, Gospel to the Unreached Millions, and Concerts of Prayer International and has been honored with personal awards including: Humanitarian of the Year from the Syl Morgan Smith Colorado Gospel Music Academy (1999); the Evangelist Philip Award from the National Association of United Methodist Evangelists (1999); the Fire-Setters Award from Revival Fires Ministries (1997); Layperson of the Year from the National Association of Evangelicals (1996); ABC News Person of the Week (February 16, 1996); the Chief Award from Chief, Inc., Phoenix, Az. (1996); the Spectrum Award from Sports Spectrum magazine (1995); and the Impact America Award from Point Loma College (1995).

He is the author of 4th and Goal PlayBook (Audio CD) with Jim Weidmann, and the books Sold Out Two-gether with Lyndi McCartney, Sold Out and From Ashes to Glory.

On October 4, 1997, between 500,000 to one million Christian men gathered in Washington D.C. for a Promise Keepers rally called "Stand In The Gap." The entire convention was featured on C-SPAN and carried on other cable networks.

McCartney lives with his wife, Lyndi, in the Denver area. They have four children and ten grandchildren. The McCartneys attend Cornerstone Church, in Boulder, Colorado. He enjoys spending time with his family, golfing, and bike riding. Two of those grandchildren were fathered out of wedlock by two different players on McCartney's Colorado football teams.