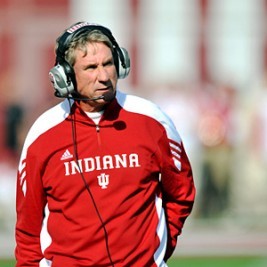 Businesses, Non-profit organizations, event planners and companies across the country have worked closely with our booking agents to hire Bill Lynch for a speaking engagements, guest appearances, product endorsements and corporate events. Many of those same clients have continued to turn to our speakers bureau as we can easily align Bill Lynch’s availability with their upcoming seminar, gala, annual conference, corporate function, and grand opening. Our close relationship with Bill Lynch’s booking agent and management team further enables us to provide inquiring clients with Bill Lynch’s speaking fee and appearance cost.

If your goal is to hire Bill Lynch to be your next keynote speaker or to be the next brand ambassador our celebrity speakers bureau can assist. If Bill Lynch’s booking fee is outside your companies budget or your unable to align with his appearance availability, our booking agents can provide you a list of talent that aligns with your event theme, budget and event date.

Bill Lynch was born June 12, 1954, Indianapolis, Indiana and is the head coach for the Indiana Hoosiers football team. He has spent 31 years coaching football, with 30 of those years coming in Indiana, where he was born and raised. He is a 2005 inductee into the Indiana Football Hall of Fame.

Lynch's first head coaching position was at his alma mater, where four of his five teams finished in the Top 20 Division II Poll.

Lynch was hired to lead the Ball State Cardinals after two years as an assistant under Bill Mallory at Indiana. He would hold this position for eight seasons until he was let go as head coach. His most successful year in Muncie was arguably in 1996 when Lynch's Cardinals went 8-4, won the Mid-American Conference title and played in the Las Vegas Bowl.

After a year off, Lynch was hired to coach the DePauw Tigers. He led the Tigers football team to an 8-2 record and was named co-Southern Collegiate Athletic Conference Coach of the Year in his only season as head coach.

Following his 2004 campaign, Lynch resigned his duties as head coach to join long-time friend Terry Hoeppner who had recently been hired as head coach of Indiana Hoosiers. At Indiana he assumed the position of Assistant Head Coach/Offensive Coordinator/Tight Ends Coach. The offensive record books were rewritten under Lynch, as the Hoosiers scored the most points since 2001 and Kellen Lewis enjoyed one of the best freshman seasons in school history.

In the spring of 2007, when Hoeppner took a leave of absence to attend to personal health issues, Lynch took over spring practices and the daily work of head coach indefinitely. As Hep's illness became worse, Lynch was named interim head coach for the 2007 season. Four days after this announcement, on June 19, Hoeppner died from complications of brain cancer.

In his first season as head coach, Lynch led the Hoosiers to a 7-5 record, the best for any Hoosier head coach in his first year since 1905, not to mention the best record for an Indiana football team since 1993. This also solidified the Hoosiers first bowl birth since 1993 with an invitation to the Insight Bowl to play Oklahoma State.