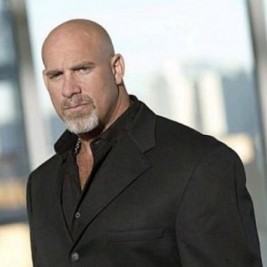 Businesses, Non-profit organizations, event planners and companies across the country have worked closely with our booking agents to hire Bill Goldberg for a speaking engagements, guest appearances, product endorsements and corporate events. Many of those same clients have continued to turn to our speakers bureau as we can easily align Bill Goldberg’s availability with their upcoming seminar, gala, annual conference, corporate function, and grand opening. Our close relationship with Bill Goldberg’s booking agent and management team further enables us to provide inquiring clients with Bill Goldberg’s speaking fee and appearance cost.

If your goal is to hire Bill Goldberg to be your next keynote speaker or to be the next brand ambassador our celebrity speakers bureau can assist. If Bill Goldberg’s booking fee is outside your companies budget or your unable to align with his appearance availability, our booking agents can provide you a list of talent that aligns with your event theme, budget and event date.

Bill Goldberg is best known for his appearances with World Championship Wrestling between September 1997 and January 2001 and with World Wrestling Entertainment between March 2003 and March 2004. In addition to his sporting pursuits, he is also an actor.

Goldberg had met several employees of the World Championship Wrestling professional wrestling promotion while living in Atlanta, Georgia, and decided to pursue a career in wrestling after meeting WCW employees Sting and Lex Luger in a gym. He was quickly signed to a contract by WCW and sent to the WCW Power Plant, a professional wrestling school owned by WCW and operated by former wrestlers such as Dwayne Bruce.

After training in the Power Plant for several months, Goldberg debuted on June 24, 1997, defeating Buddy Landell in a dark match under the ring name Bill Gold. He made his first appearance on WCW television on the September 22, 1997 episode of WCW Monday Nitro, defeating Hugh Morrus as Goldberg. This match marked the first victory of Goldberg's "streak""""a series of 173 consecutive victories that took place on WCW television, pay-per-views and at house shows.

Goldberg in World Championship Wrestling.With his bald head, goatee and utilitarian black trunks, Goldberg was often compared to Stone Cold Steve Austin, a prominent wrestler in the rival World Wrestling Federation. However, WCW President Eric Bischoff later claimed that the character of Goldberg was based not on Austin but on Ken Shamrock, a WWF employee and mixed martial artist. Goldberg also became known for his entrances, which saw him walk from his locker room to the stage with a police escort, then proceed to the ring while through pyrotechnics exploded around him.

Goldberg's succession of wins saw him quickly advance up the card, and he won the WCW United States Heavyweight Championship on April 20, 1998, defeating Raven. He vacated the title after winning the WCW World Heavyweight Championship from Hollywood Hogan on July 6, 1998 in front of 40,000 fans on an edition of Nitro. His reign lasted until December 27, 1998, when he suffered his first defeat, losing to Kevin Nash at StarrCade 1998 after Scott Hall interfered, electrocuting him with a taser. At the same time, the WWF began lampooning Goldberg with the character Gillberg, a perennial jobber who dressed similarly to Goldberg and mocked his signature entrance and mannerisms.

Goldberg became a two-time United States Heavyweight Champion on October 24, 1999 at Halloween Havoc, defeating Sid Vicious. Later that evening, he answered an open challenge from WCW World Heavyweight Champion Sting, defeating Sting within minutes of the opening bell. However, on the following episode of WCW Monday Nitro, commissioner J.J. Dillon ruled that the match had not been sanctioned by WCW and that, therefore, Goldberg's victory was void. Goldberg lost a second title that same evening when Bret Hart defeated him for the United States Heavyweight Championship. Shortly thereafter, Goldberg joined forces with Hart, teaming with him to defeat Creative Control for the WCW World Tag Team Championship on December 7, 1999. One week later, they lost the titles to The Outsiders.

At StarrCade 1999 on December 19, 1999, Goldberg challenged Hart for the WCW World Heavyweight Championship. In the course of the match, which was won by Hart, Goldberg delivered a stiff kick to Hart's head, legitimately concussing him and tearing a muscle in his neck. This injury, combined with the various injuries Hart had suffered in the course of his lengthy career and the additional blows to the head he absorbed before being diagnosed with post-concussion syndrome, forced Hart into retirement several weeks later.

In the course of his WCW career, Goldberg suffered only six official singles defeats, three of them to Bret Hart.