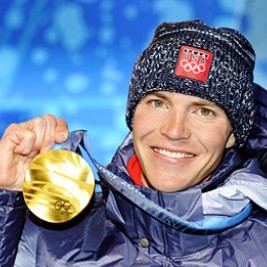 Businesses, Non-profit organizations, event planners and companies across the country have worked closely with our booking agents to hire Bill Demong for a speaking engagements, guest appearances, product endorsements and corporate events. Many of those same clients have continued to turn to our speakers bureau as we can easily align Bill Demong’s availability with their upcoming seminar, gala, annual conference, corporate function, and grand opening. Our close relationship with Bill Demong’s booking agent and management team further enables us to provide inquiring clients with Bill Demong’s speaking fee and appearance cost.

If your goal is to hire Bill Demong to be your next keynote speaker or to be the next brand ambassador our celebrity speakers bureau can assist. If Bill Demong’s booking fee is outside your companies budget or your unable to align with his appearance availability, our booking agents can provide you a list of talent that aligns with your event theme, budget and event date.

Bill Demong was born March 29, 1980 in Saranac Lake, New York and is an American Nordic combined skier who learned to jump through the New York Ski Educational Foundation or (NYSEF). Bill has been competing on the world cup level since since 1997. Bill is a three time olympian competing in Nagano, Salt Lake City, and Torino. He won a complete set of medals at the FIS Nordic World Ski Championships with a gold (10 km individual large hill: 2009), a silver (15 km individual: 2007), and a bronze (10 km individual normal hill: 2009).

Demong's best finish at the Winter Olympics was 14th in the 7.5 km event at Salt Lake City in 2002. He also finished fourth in the 4 x 5 km team event at those same games.

His first World Cup victory came in 2002 in (Liberec, Czech Republic). Two more in 2007, (Lahti, Finland: March 9; Trondheim, Norway: December 8). He also has three victories in World Cup B events in the United States in 2004 and 2005 as well. In the 2008 season Bill had one victory in Ramsau am Dachstein in the 2008 season but his first real banner year occurred in 2009 when Bill racked up five world cup victories and took third in the overall world cup standings. Heading into the 2009-2010 season Demong has 9 world cup victories and numerous top tens.

In 2009, Demong began appearing in Alka-Seltzer Plus television commercials as part of the medication's sponsorship for the U.S. Ski Team. It wa announced on 21 January 2010 that he made the US team for the 2010 Winter Olympics.