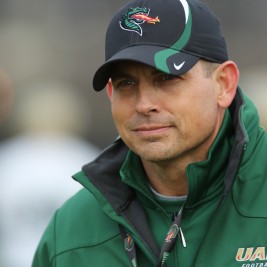 Businesses, Non-profit organizations, event planners and companies across the country have worked closely with our booking agents to hire Bill Clark for a speaking engagements, guest appearances, product endorsements and corporate events. Many of those same clients have continued to turn to our speakers bureau as we can easily align Bill Clark’s availability with their upcoming seminar, gala, annual conference, corporate function, and grand opening. Our close relationship with Bill Clark’s booking agent and management team further enables us to provide inquiring clients with Bill Clark’s speaking fee and appearance cost.

If your goal is to hire Bill Clark to be your next keynote speaker or to be the next brand ambassador our celebrity speakers bureau can assist. If Bill Clark’s booking fee is outside your companies budget or your unable to align with his appearance availability, our booking agents can provide you a list of talent that aligns with your event theme, budget and event date.

Bill Clark was born June 28, 1968 and is an American football coach for the UAB Blazers. After he served as an assistant coach at several high schools, Clark got his first head coaching job at Prattville High School in Prattville, Alabama. During his tenure at Prattville, Clark compiled an overall record of 106 wins to only 11 losses (106–11) and won back-to-back Alabama High School Athletic Association (AHSAA) state championships for the 2006 and 2007 seasons. In 2008, Clark was hired to serve as the first defensive coordinator at South Alabama. He stayed in that role through the 2012 season when he was hired as head coach at Jacksonville State. During his only season as head coach at Jacksonville State, Clark led the Gamecocks to their first playoff victories, 49 school records, 13 OVC records and three NCAA records. In January 2014, Clark was hired to serve as the fifth head coach at UAB following the resignation of Garrick McGee.

On December 2, 2014, UAB president Ray Watts announced that, after commissioning an in-depth inspection of UAB's athletic budget and revenue and how the elimination of football from the athletic program would affect those, UAB had decided to close down the football program in order to save money. On June 1, 2015 news reported that the UAB Blazers football program would be reinstated.