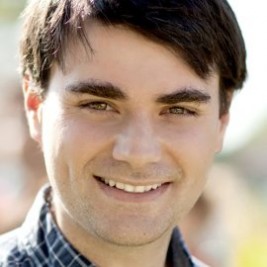 Businesses, Non-profit organizations, event planners and companies across the country have worked closely with our booking agents to hire Ben Shapiro for a speaking engagements, guest appearances, product endorsements and corporate events. Many of those same clients have continued to turn to our speakers bureau as we can easily align Ben Shapiro’s availability with their upcoming seminar, gala, annual conference, corporate function, and grand opening. Our close relationship with Ben Shapiro’s booking agent and management team further enables us to provide inquiring clients with Ben Shapiro’s speaking fee and appearance cost.

If your goal is to hire Ben Shapiro to be your next keynote speaker or to be the next brand ambassador our celebrity speakers bureau can assist. If Ben Shapiro’s booking fee is outside your companies budget or your unable to align with his appearance availability, our booking agents can provide you a list of talent that aligns with your event theme, budget and event date.

Shapiro was hired by Creators Syndicate at age 17 to become the youngest nationally syndicated columnist in the U.S. His columns are printed in major newspapers and websites including Townhall.com, ABCNews.com, WorldNetDaily.com, Human Events, FrontPageMag.com, FamilySecurityMatters.com, the Riverside Press-Enterprise and the Conservative Chronicle. His columns have also appeared in the Christian Science Monitor, Chicago Sun-Times, Orlando Sentinel, Honolulu Star-Advertiser, RealClearPolitics.com, Arizona Republic, and Claremont Review of Books, among others. He has been the subject of articles in the Wall Street Journal, the New York Times, Associated Press, and Christian Science Monitor; he has been quoted on "The Rush Limbaugh Show," "The Dr. Laura Show," at CBSNews.com, in the New York Press, in the Washington Times, and in The American Conservative magazine, among many others.

Shapiro is married and currently runs Benjamin Shapiro Legal Consulting, based in Los Angeles. He is Editor-At-Large of Breitbart.com, and Shillman Fellow at the Freedom Center.