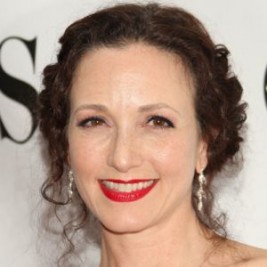 Businesses, Non-profit organizations, event planners and companies across the country have worked closely with our booking agents to hire Bebe Neuwirth for a speaking engagements, guest appearances, product endorsements and corporate events. Many of those same clients have continued to turn to our speakers bureau as we can easily align Bebe Neuwirth’s availability with their upcoming seminar, gala, annual conference, corporate function, and grand opening. Our close relationship with Bebe Neuwirth’s booking agent and management team further enables us to provide inquiring clients with Bebe Neuwirth’s speaking fee and appearance cost.

If your goal is to hire Bebe Neuwirth to be your next keynote speaker or to be the next brand ambassador our celebrity speakers bureau can assist. If Bebe Neuwirth’s booking fee is outside your companies budget or your unable to align with his appearance availability, our booking agents can provide you a list of talent that aligns with your event theme, budget and event date.

Neuwirth started her showbiz career as a dancer. She has been featured in Broadway musicals such as Damn Yankees, Sweet Charity, and Chicago and is the winner of two Tony Awards. In 2002, she was featured in the romantic comedy How to Lose a Guy in 10 Days. She also starred as actress Tabba Schwartzkopf in Oliver Stone's 1993 miniseries, Wild Palms, and appeared with Andie MacDowell and G"rard Depardieu in the movie Green Card. She also served as the voice actress for Annabelle in All Dogs Go to Heaven: The Series.

Neuwirth's is known for her pale skin and her long legs.

In 2005, she co-starred in Law & Order: Trial by Jury, a spin-off of the long-running crime drama series Law & Order created by Dick Wolf; the show lasted only one season.