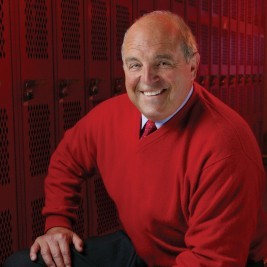 Businesses, Non-profit organizations, event planners and companies across the country have worked closely with our booking agents to hire Barry Alvarez for a speaking engagements, guest appearances, product endorsements and corporate events. Many of those same clients have continued to turn to our speakers bureau as we can easily align Barry Alvarez’s availability with their upcoming seminar, gala, annual conference, corporate function, and grand opening. Our close relationship with Barry Alvarez’s booking agent and management team further enables us to provide inquiring clients with Barry Alvarez’s speaking fee and appearance cost.

If your goal is to hire Barry Alvarez to be your next keynote speaker or to be the next brand ambassador our celebrity speakers bureau can assist. If Barry Alvarez’s booking fee is outside your companies budget or your unable to align with his appearance availability, our booking agents can provide you a list of talent that aligns with your event theme, budget and event date.

Barry Alvarez is the all time leader in wins at the University of Wisconsin-Madison, and is ranked in the "One of the 100 Most Influential Hispanics" by Hispanic Business magazine.

Since becoming head coach of the Badgers, he has become the winningest coach in school history, leading the Badgers to three Big Ten championships and three Rose Bowl victories.

Alvarez replaced Pat Richter as Athletic Director at the University of Wisconsin in 2004.

In 2000, Alvarez and his wife Cindy endowed a $250,000 football scholarship at the university.

Alvarez concluded his career at Wisconsin with a win over Auburn in the 2006 Capital One Bowl, bringing his all-time record at Wisconsin to 118-73-4 and an 8-3 record in bowl games.

Alvarez also had a brief stint as the coach for the University of Wisconsin bowling team.