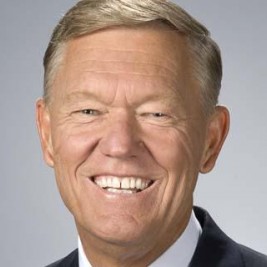 Businesses, Non-profit organizations, event planners and companies across the country have worked closely with our booking agents to hire Barry Asmus for a speaking engagements, guest appearances, product endorsements and corporate events. Many of those same clients have continued to turn to our speakers bureau as we can easily align Barry Asmus’s availability with their upcoming seminar, gala, annual conference, corporate function, and grand opening. Our close relationship with Barry Asmus’s booking agent and management team further enables us to provide inquiring clients with Barry Asmus’s speaking fee and appearance cost.

If your goal is to hire Barry Asmus to be your next keynote speaker or to be the next brand ambassador our celebrity speakers bureau can assist. If Barry Asmus’s booking fee is outside your companies budget or your unable to align with his appearance availability, our booking agents can provide you a list of talent that aligns with your event theme, budget and event date.

Dr. Barry Asmus is an effective advocate of free market economics. He is a recognized thinker who delivers his ideas in an enthusiastic and energy filled presentation. As a Professor of Economics, he was twice voted University Professor of the Year and was honored with the Freedom Foundation Award at Valley Forge for Private Enterprise Education. As Senior Economist of the National Center for Policy Analysis, Barry writes, speaks , testifies and consults with presidents of countries and companies, with Congress and Parliament. He has testified before the House Ways and Means Committee on switching from an income tax to a consumption tax; was a featured speaker in a privatization of Social Security Conference for Western European leaders held in France; has met with former Czech Prime Minister Vaclav Klaus; and in May 2005 will be meeting with the new President of Romania, the honorable Traian Basescu.

Named by USA Today as one of the five most requested speakers in America , Barry speaks to diverse audiences including 7,000 members of the Million Dollar Round Table at Radio City Music Hall, 3,000 farmers in Des Moines and 30 World Bankers at the home of Harvard University's president.

Barry was heard on 220 radio stations in a weekly syndicated show called Perspectives on the Economy; every Friday on station KMNY, a Los Angeles business and money talk show; and was featured by Nightingale-Conant in a six-part series entitled Making It: A Guide to Entrepreneurship. He is a regular guest of Louis Rukeyser on the Investment Advisor.

His 2005 book titled: Bulls Don't Blush, Demographics Don't Lie, will be released in the Fall. Other books written by Barry include: The Best Is Yet To Come; When Riding A Dead Horse, For Heaven's Sake . . . Dismount; Apollo; It's Tea Time Again; and ClintonCare, Putting Government in Charge of Your Health.

Are you ready for an explosive economy with expanding opportunities? Did you know that the conditions for a prosperous Main Street and a bullish Wall Street are in place? Consider this: there are over 60 million people currently in America between the ages of 40 and 55, all in the high spending and high productive stages of their lives. Hold on to your hats. The boom has begun. As Senior Economist of the National Center for Policy Analysis, Barry's insights on the six dominating factors driving the burgeoning economy will inspire and motivate your audience.

Dr. Asmus' enlightening view of international economics stems from his active consultation around the world. Will a country produce wealth or poverty, a Lexus or an oxcart? Leaders make the rules and rules determine outcomes. If the link between policy and economic results are unacceptable, Barry advises: When Riding a Dead Horse, For Heaven's Sake, Dismount.

The most vital force of our country has been freedom. Freedom unleashes more energy and genius than thought possible; it is a virus for which there is no antidote. America, the biggest island of freedom in the world, has always been the place where people run to when, in hope or hopelessness, they are running from somewhere else. Could freedom still be America's biggest investment? Is freedom worth fighting for? Dr. Asmus makes a compelling case for why America produces nearly a third of the world's wealth, most of the world's Nobel Laureates, and the majority of the world's inventions with less than 5 percent of the world's population.

Business in the 21st century must be biased for action. A company that is built to last is a company that is built to change. Bucking the wildly held view that "continual improvement" is accepted wisdom, Barry argues that incrementalism can be innovation's worst enemy. Doing the correct thing is often more fruitful than doing the same thing better. And, if by chance you think that you are too small to be effective, you are wrong. Not to act is to act. Not to decide is to decide. Even a mosquito doesn't wait for an opening, it makes one.

How does business achieve consumer lock-in when the Internet has give restless consumers unprecedented information on rival prices, special deals and discounts? Consider this: every customer is normal until you get to know them. Each has differences. Firms who remember and act on customer differences earn their business. Top CEO's agree that all employees should have the authority of the Chairman when they are with customers.

Exceptional service is not a competitive edge, it is the competitive edge. Good enough never is; there is no finish line. When it comes to customers, you can never stop thinking about them. The goal of every employee is to provide something for the customer that is both a product and a service, to be a value added solution provider. It is everyone's job to create a lifelong customer.