Search Barbara Davilman
Writer, Businesswoman and the Producer of "Starting Over" 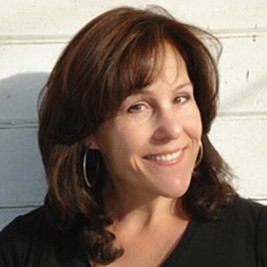 If your goal is to hire Barbara Davilman to be your next keynote speaker or to be the next brand ambassador our celebrity speakers bureau can assist. If Barbara Davilman’s booking fee is outside your companies budget or your unable to align with his appearance availability, our booking agents can provide you a list of talent that aligns with your event theme, budget and event date.

Barbara Davilman is a writer, successful businesswoman and the Producer of "Starting Over" a Reality TV show that airs on NBC. Before getting involved in the entertainment industry, Davilman began her own successful greeting card company called Bittersweet Cards and has also written two Lifetime TV movies.

Davilman's career in the entertainment industry began rather uniquely, since it actually began as the receptionist at a New York boutique advertising agency. It was here that her first foray into writing occurred. While bored one evening, Davilman stayed on the job late and wrote a radio spot for one of the agency's clients. She anonymously stuck it in the creative director's mail box and it was a hit.

Not long after, Davilman formed Bittersweet Cards, a greeting card company of cards that deal especially with relationships with succinct sentiments on one line cards. Davilman formed the company after a boyfriend dumped her, and she found herself looking for a succinct sentiment to send and realized that other people in similar situations might have the same feelings. The one line cards and their witty messages were sold all over the world.

Davilman was ready for new challenges after several years of writing one-line cards, and she sent in a pilot script for a chance to win a seat in AFI/NBC TV Comedy Writers Workshop. Davilman was one of only 10 writers accepted into the program and she was off and running. She moved to LA and was hired as a staff writer on a new sitcom by Michael Leeson, one of the co-creators of The Cosby Show.

Davilman wrote dozens of scripts and even wrote two movies for the Lifetime Network called "My Mother the Spy" with Dyan Cannon and "The Best is Yet to Come" for producer Jonathan Prince, creator of "American Dreams."

She then moved into Reality TV, where she is currently a producer on NBC's "Starting Over." Davilman also penned two books, "Yiddish With Dick and Jane" and "How to Raise a Jewish Dog," the latter with her collaborator Ellis Weiner.