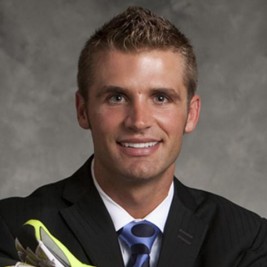 Businesses, Non-profit organizations, event planners and companies across the country have worked closely with our booking agents to hire Austin Allison for a speaking engagements, guest appearances, product endorsements and corporate events. Many of those same clients have continued to turn to our speakers bureau as we can easily align Austin Allison’s availability with their upcoming seminar, gala, annual conference, corporate function, and grand opening. Our close relationship with Austin Allison’s booking agent and management team further enables us to provide inquiring clients with Austin Allison’s speaking fee and appearance cost.

If your goal is to hire Austin Allison to be your next keynote speaker or to be the next brand ambassador our celebrity speakers bureau can assist. If Austin Allison’s booking fee is outside your companies budget or your unable to align with his appearance availability, our booking agents can provide you a list of talent that aligns with your event theme, budget and event date.

Austin Allison is an American entrepreneur and the founder and CEO of dotloop, a real estate technology company headquartered in Cincinnati, OH. Allison is also Co-Author of Peoplework, an Amazon best-selling business book about putting people first in a digital first world.

Allison founded dotloop in 2009 at age 24. In 2012, dotloop closed its $7M Series A funding round from Trinity Ventures. Dotloop raised a total of $14M in venture capital before being acquired by Zillow Group for $108M in cash in 2015.

Allison is a member of the Forbes 30 under 30 class of 2012, was named Inman News’ “Innovator of the Year” in 2012 and “Executive of the Year” in the 2012 Best in Biz Awards. He was also named a 40 under 40 by the Cincinnati Business Courier in 2011 and has been featured on the cover of several major publications including Entrepreneur Magazine's 2012 Young Millionaires edition.