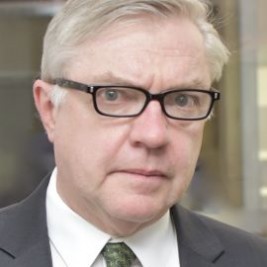 Businesses, Non-profit organizations, event planners and companies across the country have worked closely with our booking agents to hire Arthur Herman for a speaking engagements, guest appearances, product endorsements and corporate events. Many of those same clients have continued to turn to our speakers bureau as we can easily align Arthur Herman’s availability with their upcoming seminar, gala, annual conference, corporate function, and grand opening. Our close relationship with Arthur Herman’s booking agent and management team further enables us to provide inquiring clients with Arthur Herman’s speaking fee and appearance cost.

If your goal is to hire Arthur Herman to be your next keynote speaker or to be the next brand ambassador our celebrity speakers bureau can assist. If Arthur Herman’s booking fee is outside your companies budget or your unable to align with his appearance availability, our booking agents can provide you a list of talent that aligns with your event theme, budget and event date.

Arthur Herman is the author of eight books including the New York Times Best Seller How the Scots Invented the Modern World (2001) and Pulitzer Prize finalist Gandhi and Churchill: The Epic Rivalry That Destroyed An Empire And Forged Our Age (2008). He is also Senior Fellow at the Hudson Institute where he has become one of Washington DC’s most dynamic writers and thinkers, with essays regularly appearing in the Wall Street Journal, Wall Street Journal Asia and Wall Street Journal Online. He also publishes frequently in Commentary, Foreign Policy, The American Interest, Mosaic magazine, and Nikkei Asian Review.
His most recent book, Douglas MacArthur: American Warrior, was published in 2016 by Random House. Henry Kissinger described it as “a compelling new biography” and historian Andrew Roberts has called it “a towering achievement.”

He has also just completed his ninth and newest book, 1917: Woodrow Wilson, Vladimir Lenin, and the Year That Created the Global Future, which will be released this year.

A Ph.D. in history from the Johns Hopkins University and former Visiting Scholar at the American Enterprise Institute, Dr. Herman is a popular teacher and lecturer, both at the University level (George Mason, Georgetown, American University, The University of the South,) and in the famed Western Heritage Program, which he created for the Smithsonian’s Campus on the Mall. His books have been nominated for numerous prestigious prizes on both sides of the Atlantic, and translated into seven languages including Chinese and Japanese. His book, Freedom’s Forge: How American Business Produced Victory in World War II was named by The Economist as one of its Notable Books for 2012. Arthur Herman is married to Beth Herman, essayist, artist and National Gallery of Art docent.