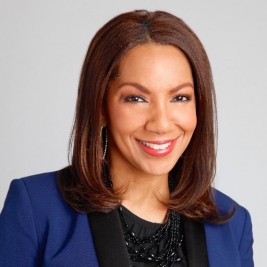 Businesses, Non-profit organizations, event planners and companies across the country have worked closely with our booking agents to hire Arthel Neville for a speaking engagements, guest appearances, product endorsements and corporate events. Many of those same clients have continued to turn to our speakers bureau as we can easily align Arthel Neville’s availability with their upcoming seminar, gala, annual conference, corporate function, and grand opening. Our close relationship with Arthel Neville’s booking agent and management team further enables us to provide inquiring clients with Arthel Neville’s speaking fee and appearance cost.

If your goal is to hire Arthel Neville to be your next keynote speaker or to be the next brand ambassador our celebrity speakers bureau can assist. If Arthel Neville’s booking fee is outside your companies budget or your unable to align with his appearance availability, our booking agents can provide you a list of talent that aligns with your event theme, budget and event date.

Arthel Neville currently serves as a co-anchor for Americas News HQ (Saturdays at 1PM) and is based in New York. Neville first joined FNC in 1998, where she served as a contributor until 2001. She rejoined the network in 2010 as a New York-based anchor.

Prior to her most recent role on FNC, Neville was the host of CNN's, Talkback Live with Arthel Neville, making her the first African-American woman to host her own daily show on the network.

After CNN, Neville served as the West Coast bureau chief for 20th Century Television's Geraldo-at-Large and as the lead anchor for Fox 5 Morning News in San Diego and KSWB-TV's four-hour weekday newscast.

Neville started her career as a general assignment reporter for KVUE-TV (ABC) in Austin while a journalism student at the University of Texas. In 2003, she was recognized by the university for her contribution to broadcast journalism with the Outstanding Young Texas Ex Award.